The Reading Selection from Pro Insipiente

For example: it is said that somewhere in the ocean is an island, which, because of the difficulty, or rather the impossibility, of discovering what does not exist, is called the lost island. And they say that this island has an inestimable wealth of all manner of riches and delicacies in greater abundance than is told of the Islands of the Blest; and that having no owner or inhabitant, it is more excellent than all other countries, which are inhabited by mankind, in the abundance with which it is stored.

If a man should try to prove to me by such reasoning that this island truly exists, and that its existence should no longer be doubted, either I should believe that he was jesting, or I know not which I ought to regard as the greater fool: myself, supposing that I should allow this proof; or him, if he should suppose that he had established with any certainty the existence of this island. For he ought to show first that the hypothetical excellence of this island exists as a real and indubitable fact, and in no wise as any unreal object, or one whose existence is uncertain, in my understanding.

This, in the mean time, is the answer the fool could make to the arguments urged against him. When he is assured in the first place that this being is so great that its non-existence is not even conceivable, and that this in turn is proved on no other ground than the fact that otherwise it will not be greater than all things, the fool may make the same answer, and say:

When did I say that any such being exists in reality, that is, a being greater than all others?—that on this ground it should be proved to me that it also exists in reality to such a degree that it cannot even be conceived not to exist? Whereas in the first place it should be in some way proved that a nature which is higher, that is, greater and better, than all other natures, exists; in order that from this we may then be able to prove all attributes which necessarily the being that is greater and better than all possesses. 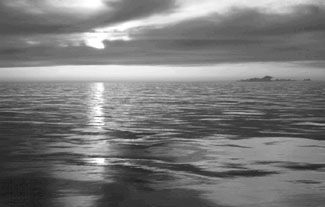