The Reading Selection from The Critique of Pure Reason

[Existence Is Not a Property]

I should have a reasonable hope of putting an end for ever to this sophistical mode of argumentation, by a strict definition of the conception of existence, did not my own experience teach me that the illusion arising from our confounding a logical with a real predicate (a predicate which aids in the determination of a thing) resists almost all the endeavours of explanation and illustration. A logical predicate may be what you please, even the subject may be predicated of itself; for logic pays no regard to the content of a judgement. But the determination of a conception is a predicate, which adds to and enlarges the conception. It must not, therefore, be contained in the conception.

Being is evidently not a real predicate, that is, a conception of something which is added to the conception of some other thing. It is merely the positing of a thing, or of certain determinations in it. Logically, it is merely the copula of a judgement. The proposition, God is omnipotent, contains two conceptions, which have a certain object or content; the word is, is no additional predicate—it merely indicates the relation of the predicate to the subject. Now, if I take the subject (God) with all its predicates (omnipotence being one), and say: God is, or, There is a God, I add no new predicate to the conception of God, I merely posit or affirm the existence of the subject with all its predicates—I posit the object in relation to my conception. The content of both is the same; and there is no addition made to the conception, which expresses merely the possibility of the object, by my cogitating the object—in the expression, it is—as absolutely given or existing. Thus the real contains no more than the possible.

A hundred real dollars contain no more than a hundred possible dollars. For, as the latter indicate the conception, and the former the object, on the supposition that the content of the former was greater than that of the latter, my conception would not be an expression of the whole object, and would consequently be an inadequate conception of it. But in reckoning my wealth there may be said to be more in a hundred real dollars than in a hundred possible dollars—that is, in the mere conception of them. For the real object—the dollars—is not analytically contained in my conception, but forms a synthetical addition to my conception (which is merely a determination of my mental state), although this objective reality—this existence—apart from my conceptions, does not in the least degree increase the aforesaid hundred dollars.[2] 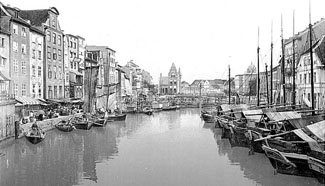 By whatever and by whatever number of predicates—even to the complete determination of it—I may cogitate a thing, I do not in the least augment the object of my conception by the addition of the statement: This thing exists. Otherwise, not exactly the same, but something more than what was cogitated in my conception, would exist, and I could not affirm that the exact object of my conception had real existence. If I cogitate a thing as containing all modes of reality except one, the mode of reality which is absent is not added to the conception of the thing by the affirmation that the thing exists; on the contrary, the thing exists—if it exist at all—with the same defect as that cogitated in its conception; otherwise not that which was cogitated, but something different, exists. Now, if I cogitate a being as the highest reality, without defect or imperfection, the question still remains—whether this being exists or not? For, although no element is wanting in the possible real content of my conception, there is a defect in its relation to my mental state, that is, I am ignorant whether the cognition of the object indicated by the conception is possible á posteriori. And here the cause of the present difficulty becomes apparent. If the question regarded an object of sense merely, it would be impossible for me to confound the conception with the existence of a thing. For the conception merely enables me to cogitate an object as according with the general conditions of experience; while the existence of the object permits me to cogitate it as contained in the sphere of actual experience. At the same time, this connection with the world of experience does not in the least augment the conception, although a possible perception has been added to the experience of the mind. But if we cogitate existence by the pure category alone, it is not to be wondered at, that we should find ourselves unable to present any criterion sufficient to distinguish it from mere possibility.

Whatever be the content of our conception of an object, it is necessary to go beyond it, if we wish to predicate existence of the object. In the case of sensuous objects, this is attained by their connection according to empirical laws with some one of my perceptions; but there is no means of cognizing the existence of objects of pure thought, because it must be cognized completely á priori. But all our knowledge of existence (be it immediately by perception, or by inferences connecting some object with a perception) belongs entirely to the sphere of experience—which is in perfect unity with itself; and although an existence out of this sphere cannot be absolutely declared to be impossible, it is a hypothesis the truth of which we have no means of ascertaining.

[The Notion of God Does Not Imply Existence]

The notion of a Supreme Being is in many respects a highly useful idea; but for the very reason that it is an idea, it is incapable of enlarging our cognition with regard to the existence of things. It is not even sufficient to instruct us as to the possibility of a being which we do not know to exist. The analytical criterion of possibility, which consists in the absence of contradiction in propositions, cannot be denied it. But the connection of real properties in a thing is a synthesis of the possibility of which an á priori judgement cannot be formed, because these realities are not presented to us specifically; and even if this were to happen, a judgement would still be impossible, because the criterion of the possibility of synthetical cognitions must be sought for in the world of experience, to which the object of an idea cannot belong. And thus the celebrated Leibnitz has utterly failed in his attempt to establish upon á priori grounds the possibility of this sublime ideal being.

The celebrated ontological or Cartesian argument for the existence of a Supreme Being is therefore insufficient; and we may as well hope to increase our stock of knowledge by the aid of mere ideas, as the merchant to augment his wealth by the addition of noughts to his cash account.