Free verse refers to poetry that does not follow standard or regularized meter (the organization of stressed and unstressed syllables) or rhyme scheme. As opposed to more traditional poetry, which tends to use recurring line lengths, metrical patterns, and rhyme to unify individual lines of verse and tie them to other lines within the same poem, free verse can, at times, seem to be random, having no pattern or organization at all. Yet in the hands of many poets, free verse enables a different kind of organization, as they balance free verse’s openness, its ability to provide elements of the poem with a different amount of emphasis, with the use of repeated imagery or syntactic patterns (parallel organization of grammatical elements) to maintain coherence and create a sense of connection among lines. Even as it eschews regular meter and rhyme schemes, free verse does, at times, draw on metrical patterns and occasional rhyme to tie lines together. What distinguishes free verse from other traditional forms of verse is that it only uses these elements occasionally—for a few lines here and there in a longer poem—and does not use them to structure the poem as a whole. A poem in free verse, then, does not lack structure—or, in many cases, some instances of metrical organization or rhyme—it simply does not maintain or use a regular pattern of meter or rhyme to structure the poem as a whole. Instead, free verse relies more on thematic, syntactic, or semantic repetition and development to create coherence. 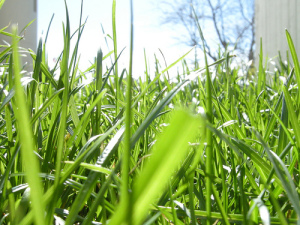 Walt Whitman’s Leaves of Grass is often credited as introducing free verse into English-language poetry. While not quite true (other experiments and uses preceded his), Whitman’s poetry helped to establish free verse’s potential for exploring a broad range of topics and its ability to embrace an extensive number of ways of organizing verse lines. Later-nineteenth-century poets, such as Matthew Arnold in England, further explored the use of free verse, but it was the French symbolists (Jules Laforgue, Gustave Kahn, and Arthur Rimbaud) who practiced what they called vers libre most fully during this period. In the twentieth century, free verse came to dominate much poetic production in English, beginning with the modernists (such as T. S. Eliot, Ezra Pound, and William Carlos Williams) who saw the open form as allowing for the more nimble representation of a modern fragmented and accelerated world.