The mental processes and behaviors studied by psychology are directly controlled by the brain, one of the most complex systems in nature.

The human brain is one of the most complex systems on earth. Every component of the brain must work together in order to keep its body functioning. The brain and the spinal cord make up the central nervous system, which alongside the peripheral nervous system is responsible for regulating all bodily functions. 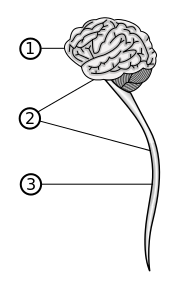 The Structure of the Brain

The developing brain goes through many stages. In the embryos of vertebrates, the predecessor to the brain and spinal cord is the neural tube. As the fetus develops, the grooves and folds in the neural tube deepen, giving rise to different layers of the brain. The human brain is split up into three major layers: the hindbrain, the midbrain, and the forebrain. 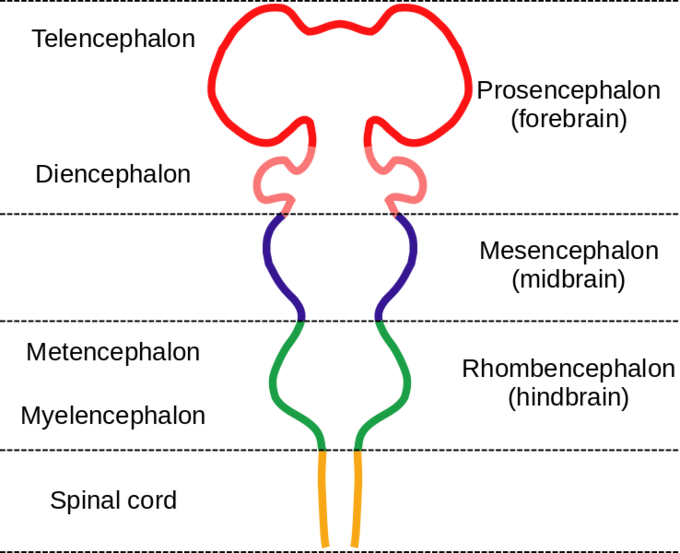 The hindbrain is the well-protected central core of the brain. It includes the cerebellum, reticular formation, and brain stem, which are responsible for some of the most basic autonomic functions of life, such as breathing and movement. The brain stem contains the pons and medulla oblongata. Evolutionarily speaking, the hindbrain contains the oldest parts of the brain, which all vertebrates possess, though they may look different from species to species.

The midbrain makes up part of the brain stem. It is located between the hindbrain and forebrain. All sensory and motor information that travels between the forebrain and the spinal cord passes through the midbrain, making it a relay station for the central nervous system.

The forebrain is the most anterior division of the developing vertebrate brain, containing the most complex networks in the central nervous system. The forebrain has two major divisions: the diencephalon and the telencephalon. The diencephalon is lower, containing the thalamus and hypothalamus (which together form the limbic system); the telencephalon is on top of the diencephalon and contains the cerebrum, the home of the highest-level cognitive processing in the brain. It is the large and complicated forebrain that distinguishes the human brain from other vertebrate brains.

Return to Table of Contents