Linear regression for two variables is based on a linear equation with one independent variable. The equation has the form:

Is the following an example of a linear equation?

The graph of a linear equation of the form y = a + bx is a straight line.

Any straight line that is not vertical can be described by this equation.

Is the following an example of a linear equation? Why or why not? 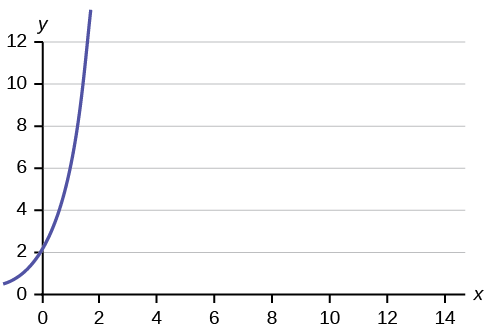 Aaron’s Word Processing Service (AWPS) does word processing. The rate for services is $32 per hour plus a $31.50 one-time charge. The total cost to a customer depends on the number of hours it takes to complete the job.

Find the equation that expresses the total cost in terms of the number of hours required to complete the job.

Slope and Y-Intercept of a Linear Equation

For the linear equation y = a + bx, b = slope and a = y-intercept. From algebra recall that the slope is a number that describes the steepness of a line, and the y-intercept is the y coordinate of the point (0, a) where the line crosses the y-axis.

Svetlana tutors to make extra money for college. For each tutoring session, she charges a one-time fee of $25 plus $15 per hour of tutoring. A linear equation that expresses the total amount of money Svetlana earns for each session she tutors is y = 25 + 15x.

What are the independent and dependent variables? What is the y-intercept and what is the slope? Interpret them using complete sentences.

Data from the Centers for Disease Control and Prevention.

Data from the National Center for HIV, STD, and TB Prevention.

The most basic type of association is a linear association. This type of relationship can be defined algebraically by the equations used, numerically with actual or predicted data values, or graphically from a plotted curve. (Lines are classified as straight curves.) Algebraically, a linear equation typically takes the form y = mx + b, where m and b are constants, x is the independent variable, y is the dependent variable. In a statistical context, a linear equation is written in the form y = a + bx, where aand b are the constants. This form is used to help readers distinguish the statistical context from the algebraic context. In the equation y = a + bx, the constant b that multiplies the x variable (b is called a coefficient) is called as the slope. The slope describes the rate of change between the independent and dependent variables; in other words, the rate of change describes the change that occurs in the dependent variable as the independent variable is changed. In the equation y = a + bx, the constant a is called as the y-intercept. Graphically, the y-intercept is the y coordinate of the point where the graph of the line crosses the y axis. At this point x = 0.

Elementary Statistical Methods by Lumen Learning is licensed under a Creative Commons Attribution 4.0 International License, except where otherwise noted.