Any government relies on a variety of taxes in order to make revenue to spend on public services. There are different types of taxes:

The federal government’s number one tax source for revenue is income tax- The 16th Amendment of the United States Constitution authorized an income tax. The state of Texas’ main revenue source are from sales tax. Article 8 of the Texas Constitution describes the “Taxation and Revenue” specifics. Local governments heavily rely on property taxes as their main source of tax revenue.[1]

There are also other tax revenue sources that the state of Texas receives from various sources such as: 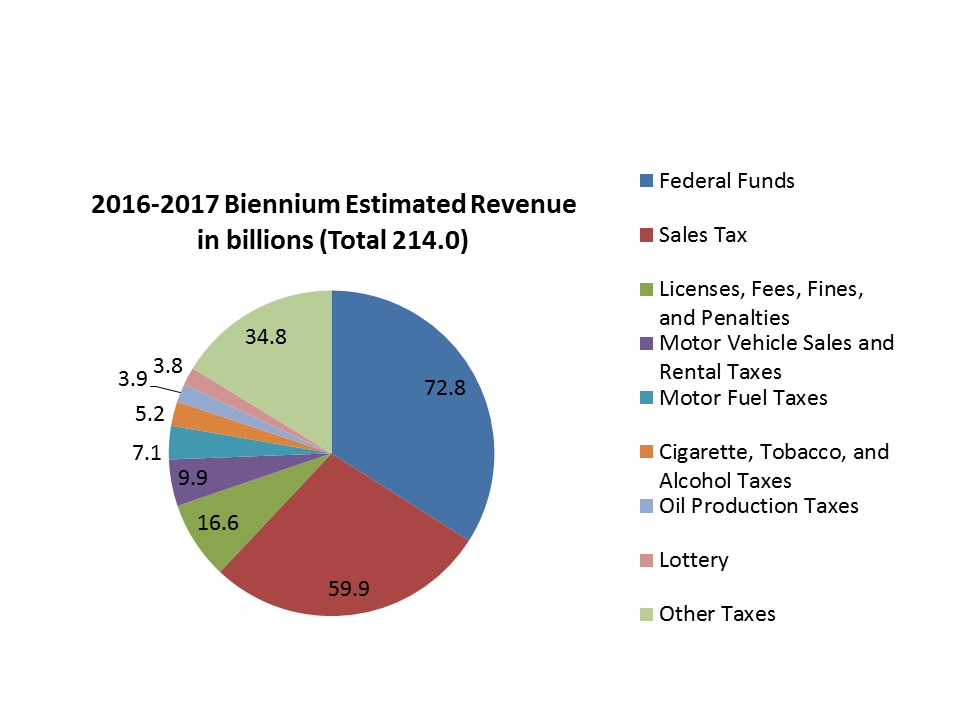 The estimated total state revenue for the 2016-2017 biennium is $214 billion dollars. The percentage breakdown for certain line items is: 34% will come from federal funds; 28% will be derived from sales taxes; 8% from licenses, fees, fines and penalties; 2.4% from cigarette, tobacco, and alcohol taxes; and 1.8% from the lottery.