Gender Issues In the Classroom 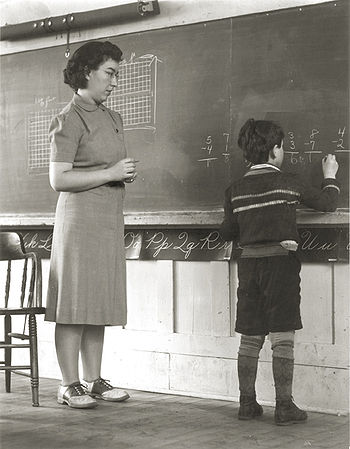 By reading this article, the student should be able to:

1) Identify the general developmental differences between boys and girls

4) Understand the debate over single-sex schooling
Gender Differences and Teaching to Both Genders
The vast majority of public educators will spend their careers in co-educational classrooms. As a result, they get to observe firsthand how “boys and girls create very distinct cultures” (Kommer, 2006, sect. 1, para. 4). The challenge for these teachers is to create a learning environment that is both fair and equal, taking into account differences in gender.
Boys and girls do differ, both socially and intellectually. Generally speaking, boys are more physical and more competitive than girls (Kommer, 2006). They like to move around a lot and learn through “exploratory play” (Geist & King, 2008, No. 5, para. 1). They often enjoy challenges where they can compete individually to see who is “the best” (Geist & King). Girls tend to be less physical – they often find it easier to sit still – and they focus more on cooperation and collaboration (Kommer). Girls are more likely to put the needs of the group first (Geist & King).
If teachers wish to teach both genders effectively, they must learn to use methods that incorporate both competition and cooperation (Geist & King, 2008). They should create both individual and group projects for students. They must also encourage physical exploration, since so many boys are kinesthetic learners (Geist & King).
Teachers must also understand male and female brain development and difference. Although the two genders are essentially equal in intelligence (Raymond, 2008), they are hard-wired for learning differently. Girls tend to use both hemispheres of their brain, while boys are predominantly right-brained (Kommer, 2006). As result, girls tend to excel verbal tasks like language and reading, while boys tend to excel in spatial activities like “mathematics, graphs and maps” (Kommer, sect. 2, para. 7).
Teachers can help close learning gaps by helping students learn language and math in their own ways: for instance, girls may do better by learning math “verbally,” as in having math problems presented in the form of word problems. On the other hand, boys may find it easier to earn language skills “spatially,” such as by means of charts or graphs (Geist & King, 2008). In any event, teachers can draft problems or assignments that can be solved or completed in different ways (Geist & King). This makes it easier for both boys and girls to learn.
As Kommer notes, “Girls mature more quickly than boys” (2006, sect. 2, para. 3). As a result, boys’ language skills, fine motor skills, and handwriting skills take a bit more time to develop (Tyre, 2006). This is not to say that girls are inherently “better” than boys – boys eventually fully catch up with girls (Geist and King, 2008). But it is important for teachers to understand that boys and girls mature on different timetables.
The differences between boy and girls become magnified with age. At the middle school level, children “begin to explore gender roles” (Kommer, 2006, sect. 1, para. 3). Boys feel pressed by society to control their emotions, while girls become more in tune with their seemingly innate “emotional intelligence” (Kommer). Girls are still, of course, maturing more quickly than boys. The onset of puberty arrives sooner; hormones, such as progesterone, help girls develop bonding tendencies (Kommer). Boys soon experience an upsurge in testosterone which is a double-edged sword: while possibly making boys more confident, it can also cause them to engage in risky behaviors (Kommer).
Because their brains mature more quickly, middle-school girls “process information faster” and more accurately than middle-school boys on timed tests (Tyre, 2006, para. 17). Although boys eventually catch up with girls in this respect, it is important for teachers to be aware of this important developmental difference (Tyre). Teachers can, for instance, make sure they are giving students of both genders enough time to finish assignments, especially timed tests.
Although they are outpacing boys in terms of maturity, girls in middle school experience a sudden drop-off in their levels of confidence (Kommer, 2006). It is vastly important that girls of this age be encouraged to keep developing their skills in math and science, since women tend to be underrepresented in these fields.
During adolescence, both boys and girls begin to care deeply about how the opposite sex perceives them, and a cult of appearance or personal beauty develops (Kommer, 2006). Kommer proposes that students of this age be educated in “media literacy,” so they may combat unrealistic media portrayals of how they should look, or how thin they should be. In this way, schools may actually reduce the incidence of eating disorders and body image disorders, which affect boys as well as girls.

Title IX and Fighting for Gender Parity
In 1972, in response to the civil rights movement, Congress passed the law commonly known as Title IX (“Title IX Legal Manual”). This law stipulates that any school receiving federal funds must allow equal access to educational programs. Although Title IX is most often associated with athletics, because it is written so broadly, it actually paved the way for many improvements in women’s status in academics (“Achieving Success Under Title IX”; Title IX – Gender Equity in Education). It is important to remember that Title IX protects both sexes from discrimination. According to the American Civil Liberties Union, “Title IX benefits both males and females and is the lynchpin of thirty-five years of efforts to promote and establish gender equity in schools” (“Title IX – Gender Equity in Education”, para. 1).
Despite the progress initiated by Title IX, many educators still felt women and girls were feeling the pangs of discrimination. In 1992, the American Association of University Women (AAUW) published a major study titled How Schools Shortchange Girls. This study shed light of the ways in which schools consciously or unconsciously discriminated against girls. Among other things, the study noted how girls were often stereotyped or neglected by the educational system. The study claims that curricula and tests were sometimes even biased in favor of males (“How Schools Shortchange Girls”). At times, females are also victims of sexual harassment in schools, which can cause a huge disruption in the learning process(“How Schools Shortchange Girls”).
How Schools Shortchange Girls elicited national attention and action. However, a popular backlash has recently begun to develop. According to Thomas (2008, para. 7), “In recent years, a number of critics have said that attempts to achieve greater gender equity [are] producing unintended negative effects on boys.” In other words, boys may be the ones getting shortchanged now. Boys are now deemed more likely to exhibit behavior problems and to need remedial assistance (Kommer, 2006). Although groups like the AAUW still contend that girls’ advances have not come “at the expense of boys,” many feel it would be wise to bolster our support of boys (Thomas, para. 1; Tyre, 2006). We can do this by incorporating methods that specifically appeal to boys: kinesthetic learning, visual learning, and competitive learning.

The Debate Over Single-Sex Schooling 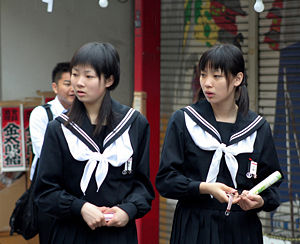 In the wake of the so-called “gender wars,” a new idea has recently come into play: the concept of single-sex schooling. The rewriting of Title IX in 2006 approved the creation of single-sex public schools. In the past, co-educational schools were seen as “more socially appropriate, liberating, and enlightened” (Meyer, 2008, sect. 2, para. 5). The co-educational movement of the 1960s and 1970s vastly improved opportunities for female students, offering them entry into previously closed prestigious institutions (Meyer).
Nowadays, many Americans have come to believe that single-sex classrooms can still be fair and equal for both sexes. In fact, they claim that such students in such classrooms do better because there are fewer distractions, meaning that students can focus more on the material, and because teachers can “[address] gender differences in learning” (Meyer, 2008, sect. 5, para. 2). Rather than catering to both genders at once, a teacher can tailor the instruction for one gender only.
Critics of single-sex classrooms claim that they do not adequately prepare students for the real world. After all, as Kommer notes, “[W]e do not live in a gender segregated world” (2006, Section 1, para. 10). Critics also claim that single-sex classrooms actually undermine the accomplishments of Title IX by making education unequal. (In their view, separate cannot be equal.)
The debate over single-sex classroom will continue to rage. What is clear is that the research about its effectiveness is still not sufficient (Salomone, 2006). In effect, single-sex schooling is still experimental. It remains to be seen whether it should be something implemented on a broader basis. 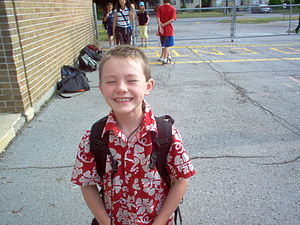 ‎Within the last century, education has come a long way towards achieving gender equality. It is important that teachers understand the many differences between boys and girls, but children should still be treated as individuals. Gender differences should be recognized as general truths, not specific truths that apply to all children across the board.
In a co-educational classroom, the needs of boys and girls should be balanced. Single sex classrooms remain an interesting option for promoting fairness and teaching specifically to each gender, although critics contend there can be no equality between separate institutions. Only time and further research will prove whether single-sex schooling is in fact superior.
What is fair to say is that all teachers strive for equality and wish the best for their students, whether male or female. Getting there is the hard part.

Girls tend to be more:

(a) Focused on leaning by physical activity

(b) Focused on group collaboration

A teacher who encourages “exploratory play” in his or her classroom is:

(a) eliminating the need for separate physical education classes

(b) violating the federal law commonly known as Title IX

(b) the student’s right to free speech

(c) the business code of ethics

(d) the American’s With Disabilities Act of 1990

Marsha is a middle school teacher who sees many of her students struggling with eating disorders and unhealthy body images. What could Marsha do to help these students?

(a) propose the school offer a mandatory course in “media literacy”

(c) suggest that these students start to bring their own lunches

(d) suggest that the school buy a new candy machine