Cooperative Learning and the Social Nature of Learning

Our comprehension of our vast universe grows each day. With every new discovery and information gathered from researchers across the globe, we continue to come closer and closer to our understanding of the universe we live in. Not long ago, we believed that the world was flat; however, today we have access to real time pictures taken from satellites orbiting our world to prove its true form. What we teach our children today may be far advanced from what we learned as children ourselves. New discoveries may lead to future generations treating the knowledge of today as obsolete and outdated.

Perhaps equally as important to what we teach our students is also how we teach them to learn the material. As we grow in our understanding of how the human brain operates, we must also use this understanding to help us learn more efficiently. One of the more widely accepted methods of learning that is being applied in today’s classroom is that of cooperative learning. This method differs in many ways to that of traditional lecture methods of learning. In this article, we will explore the many ways to effectively apply cooperative learning, the advantages, and the possible challenges of this method.

What Is Cooperative Learning?

The traditional classroom often consists of classes in which children of similar ability levels are taught together. Nearly all classrooms in the United States are taught by grade level specific to the age of the student rather than his or her ability. Many schools also group students according to their apparent ability levels, but this risks becoming a self-fulfilling prophecy for each respective group. By placing students into group in this way, we run the risk of those placed in low-level learning groups perceiving themselves as unintelligent or slow-witted. Grouping students together with varying levels of ability and backgrounds can help eliminate this threat. A very popular method of learning in this way is called cooperative learning.

Cooperative learning is defined as “the collaboration on a task by a small group of students who resolve differences of opinion, share responsibility, consider one another’s ideas, and work toward common goals.” (Berk, 2008) Unlike traditional methods, cooperative learning lets students enhance the weaknesses of their peers with their own strengths. Students feel a part of a team rather than isolated and students deemed as having low-ability can benefit from those considered higher. In a symbiotic relation, higher level students also tend to do better by teaching the learned material to their peers.

According to Robert E. Slavin of Johns Hopkins University, there are four major perspectives on cooperative learning, which are motivational, social cohesion, cognitive development, and cognitive elaboration (Slavin, 1995). The motivational perspective focuses on the reward for the group in achieving their objective, and that the only way for the group to achieve this goal is to learn how to work together. The theory that students want each other to succeed is more in keeping with the social cohesion perspective, but is similar to the motivational perspective in that the members of the group are motivated to succeed, but instead of goal oriented, it is more motivated by compassion.

The cognitive development perspective takes a very different approach to cooperative learning in that it contends that the interaction of students with their peers stimulates the mind and increases the ability to learn. Unlike being motivated by a common goal or by compassion for their peers, those who follow the cognitive development perspective feel that the human brain simply learns better in a group environment than on its own.

A variation of this is the fourth theory of cognitive elaboration, which contends that the best way to enhance the knowledge already present in the brain is to in turn explain it to ones peers. This slightly differs from cognitive development perspective in that the members of the group must already have some knowledge of the material before entering the group.

What are some Cooperative Learning examples?

For almost a quarter of a century, Dr. Spenser Kagan has been developing teaching structures of learning based on cooperative learning, called Kagan Structures, to help in the classroom as well the business world. (Kagan, 2008) 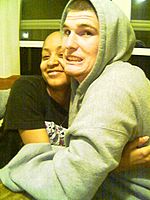 One of Kagan’s most widely used method of cooperative learning is that of RoundRobin, purposely spelled as one word to differentiate the term from the standard definition of round robins, a type of athletic tourneyment. In a RoundRobin group, each learner takes a turn orally presenting the material that they have learned, helping them to better organize their thoughts on the material. Kagan says that labeling methods of cooperative learning like RoundRobin are beneficial to the student because “students know exactly what to do” when instructed to use a specified method. According to Kagan, this is also helpful to instructors in that it helps facilitate communication among peers in learning from each other how to teach.

Another method that is fast becoming a popular form of cooperative classroom learning is that of the Jigsaw method. Elliot Aronson, Professor Emeritus at the University of California in Santa Cruz, first implemented his Jigsaw method in 1971 initially as a way to deal with the sudden desegregation of schools in Austin, Texas. By placing students into groups with various social and ethnic differences each with the same goal to succeed, the hostility became muted as the students were forced to work together to achieve success.

The Jigsaw method gets its name because each student is a vital piece of the overall puzzle that is the learning task. Students are first divided into groups and assigned various portions of the material to become an expert on. Then, each student meets with students from other group assigned to the same portion of the material and discuss what they have learned. This allows for the student to share what he or she learned on their own while also hearing other students perspectives. Eventually, these students return to their original groups and in turn teaches the members of their group the material that they learned.

In conclusion, cooperative learning is a very different style of learning than how traditional school systems have taught student. There are a number of theories behind why this method tends to be effective; however, there are still a number of unknown variables out there that make cooperative learning hardly the absolute best way to present material. Still, learning methods like Kagan’s RoundRobin and Aronson’s Jigsaw techniques have proven to be very helpful and have empirical evidence that supports the increase in participants learning ability.

Think you have the gist of it? Let’s put your reading comprehension (and my communication skills) to the test….literally! Please take a moment to run through these 8 multiple choice questions and then compare your answers to the correct ones at the bottom. Good luck and thanks for playing!

Question 1: What is cooperative learning?

A) Collaboration on a task by a small group of students who resolve differences of opinion, share responsibility, consider one another’s ideas, and work toward common goals.

B) A type of social interaction in which children orient toward a common goal, such as act out a make believe theme or working on a project together.

C) A style of learning that incorporates small groups of like minded students with similar backgrounds and learning styles in order to enhance their learning potential.

D) A small, diverse group of students goofing off on a project that they were supposed to turn in last week.
Question 2: Which of the following would be the best example of effective cooperative learning?

A) A group of students with similar interests in books forming a reading club to discuss their favorite books, and voting on which will be their club’s official favorite each week.

B) A small group of students of different cultural backgrounds sharing their favorite foods from their native land with each other.

C) A large, diverse group of students assigned to each write a two page paper on their political party leanings, to be turned in and graded by the instructor.

D) A small group of students with differing political views tasked with a presentation comparing and contrasting where both Presidential Candidates in this year’s election stand on issues related to education.
Question 3: Which of the following is not one of the four major theoretical perspectives of cooperative learning, according to Slavin?

A) Learners are motivated by a common goal and must work together to achieve this goal.

B) Learners want their peers to succeed and are fueled by compassion to help them learn.

C) Learners learn better when they have to repeat or teach the material that they have learned to their peers.

D) Learners have a higher ability to retain knowledge if they are seen as the leader of a cooperative learning group and assert themselves as such.
Question 4: Which of the following could one not use the Jigsaw or Round Robin techniques of learning?

A) A team of lawyers must find a precedent for their client’s situation and convince the judge and jury to issue a verdict of “not guilty” in light of this information.

B) Students of an economics class must find a newspaper article that relates to their current lesson and present it to the class.

C) A basketball team faces their rival in the upcoming championship game and they must develop new plays to overcome their opponents notorious offense.

D) All of the above can take advantage of either Jigsaw or Round Robin techniques.

Answers to the Quiz!!!

1) – A) According to Berk, the definition of cooperative learning is “collaboration on a task by a small group of students who resolve differences of opinion, share responsibility, consider one another’s ideas, and work toward common goals.” (Berk 470)

2) – D) The group with the Candidate comparison would be the best choice in that the students are given a task, must resolve differences of opinion, and work toward the common goal of the presentation.

3) – D) A cooperative learner taking charge as the leader sometimes can have an adverse effect on the rest of the group and is not one of the four perspectives mentioned by Slavin. The other three responses are motivational, social cohesion, and cognitive elaboration perspective.

4) – D) Jigsaw and Round Robin techniques are not exclusive to the classroom and can be used in a variety of circumstances, such as preparing for a legal case, an upcoming championship basketball game, or reading a newspaper article.

Slavin, Robert E.. “Research on Cooperative Learning and Achievement: What We Know, What We Need to Know.” October 1995. Center for Research on the Education of Students Placed at Risk Johns Hopkins University.