THE PROS AND CONS OF SCHOOL VOUCHERS

Learning Targets
1. Readers will learn what school vouchers are.

2. Readers will learn what proponets of school vouchers say.

3. Readers will learn what opponents of school vouchers say. 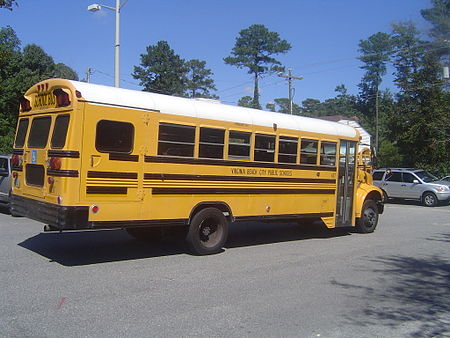 1. What are school vouchers?

6. Can you answer these questions?

8. References
What are school vouchers?
A school voucher, also called an education voucher, is a certificate issued by the government by which parents can pay for the education of their children at a school of their choice, rather than the public school to which they are assigned(wikipedia). School vouchers can also be considered scholarships funded by the government, private organizations, or both. These funds are given directly to the family instead of the public schools. Parents then have the choice to choose whatever public or private school they would like their child to attend (Coulson 1998,).

There has been heated controversy on the subject of educational vouchers. There are many variables to be considered. One to be considered is who would receive school vouchers? Is everyone with school aged children eligible or do we target specific groups? There are many plans being proposed as to how to use school vouchers. One being restricting vouchers to private schools that will accept vouchers as full payment and limiting vouchers to low income families, children with disabilities, and those attending substandard schools (McCarthy,2007).

Another argument for school vouchers is that through competition public schools will be made better (Matus, 2008).Competition between school will increase, thus forcing public schools to be more efficient and public schools will be compelled to teach values such as hard work, respect, and discipline(Messerli,2008). Milton Friedman, a Nobel Prize winning economist, argued that school quality would improve with free-market competition as the student and their money would go to good schools and leave the bad ones behind(Boyd,2006). Market pressures will improve education for everyone because incompetent schools will be eliminated(McCarthy,2007).

Yet, another argument is that private schools would help improve children’s values and their academics. Private schools have a certain reputation and a proven history of results. Private schools do not have an accountability to the government, but to the parents of their children. If they do not do well, the parents can remove the children. This kind of dynamic forces the private schools to do better(Messerli,2008). Another factor to consider is that private schools are not bound by the same government regulations as public schools are and can therefore have more flexibility in their teaching methods.(Messerli,2008). Statistically, parents of voucher students are more satisfied with their current schooling than non voucher parents. Parents are more satisfied with the overall school performance in discipline, academics, class sizes, and racial mix(Rouse, Burrow,2009).

One more argument for school vouchers is that it would bring more diversity and equality into the schools(Messerli,2008). Howard Fuller, Ph.D, Director of the Institute for the Transformation of Learning at Marquette University in Wisconsin, states that “we should focus vouchers on poor and working class families who do not have the resources to move if they live in communities where schools do not work, nor do they have the resources to put their children in private schools.”(Boyd,2008) It is true that poor and minority students are limited to their educational choices and are forced to go to failing schools(Boyd,2008). African-American students who participated in the voucher program in New York City Schools Choice Scholarship Program stated that they were more satisfied, the classrooms were more diverse, and they received higher scores on their test compared to students in public schools (Boyd,2008).

One of the arguments against school vouchers is that they violate the 1st Amendment which is the separation of church and state. Most private schools are religious and the majority of school vouchers go to religious schools, therefore, government funding to religious schools violates the 1st Amendment.(Messerli,2008). There have been many court decisions opposing and supporting the inclusion of religious schools. “The central question concerning the legality of state-supported school voucher plans under the U.S. Constitution is whether the inclusion of religious schools violates the First Amendment’s establishment clause by allowing government funds to flow to religious institutions. Claims have also been made that free exercise and equal protection rights are abridged if religious schools are excluded from voucher programs that allow nonsectarian private schools to participate.” (McCarthy,2007) The Supreme Court answered that question in 2002 when it upheld the decision in, Zelman v. Simmons-Harris.The Supreme Court decided that the Cleveland Scholarship Program which allowed public funds for private education was neutral in providing choices to families and answered the establishment clause question in 2002(McCarthy,2007). In other words, it was not unconstitutional to provide public funding for religious education if it is the parents choice. However, a state is not required to include secular schools if other private schools are participating (McCarthy,2007).

Another argument against school vouchers is that public schools will lose their fundings. This would be devastating to schools who are already underfunded. As it is, public schools are underfunded and cannot keep up with the rising cost of books, technology, security, and, salary. To take even more money away would be detrimental(Messerli,2008). Arguments for vouchers are that a “an education voucher system should be no more expensive than the current system as the state (or other public entity) would simply send a voucher check to schools for each participating child rather than to the local public school or district. However, if implemented on a large scale, there may be other, less appreciated costs that would depend critically on the design of the program.” (Rouse, Barrow,2009). What else needs to be kept in mind is how the programs are handled. Who would fund the transportation of children, the record keeping, the monitoring of enrollments and, the handling of voucher disputes when amounts are varied. These factors could actually exceed what is being estimated now and would not make school vouchers “cost-neutral”(Rouse, Barow,2009).

Yet, another argument against school vouchers is the right for private schools to discriminate. Unlike public schools, private schools are not required by law to accept everyone. Therefore, they could discriminate between who they can accept or make their standards higher to make it harder for certain families to get in (Messerli,2008).

One more argument against school vouchers is ironically the same as the argument for school vouchers. This is that private schools are not accountable to the government. The argument is that private schools do not have to follow that same rules and regulation and teaching methods proposed by the government. This in turn leaves private schools with no accountability to anyone and their performance cannot be monitored (Messerli,2008).
Do School Vouchers Work?
The jury is still out on whether or not school vouchers improve academics in students. Although there are some reports on successes,the “empirical evidence regarding the impact of vouchers on parent choice, student achievement, and fiscal school management is inconclusive and incomplete” (McCarthy,2007). A report that came out by the Department of Education stated that there were no significant differences in math and reading scores compared with students that were not on a voucher system. This report was focused on the Washington Dc Opportunity Scholarship fund a year later (Wolf, Guttman, etc.,2007). Even the longest running voucher programs in Milwaukee, Wisconsin(1990)and Cleveland, Ohio(1990) showed insignificant results when it came to students academic success (McCarthy,2007).
Conclusion

The school voucher debate has been a controversial topic for many years. Both the proponents and opponents carry equally weighted arguments. As to whether these arguments can be adjudicated through data and research remains unclear. The only data we have received is from small samples and it has been inconclusive. It is impossible to know what the data would show with a larger sample and over an extended period of time. Though, it would be interesting to see!
Can You Answer These Questions?
1. Public School Vouchers are funded by

2. All of these are arguments for school vouchers EXCEPT

3. Chelsea is a disabled student under the school voucher program,

4. Whether or not school vouchers work depends on