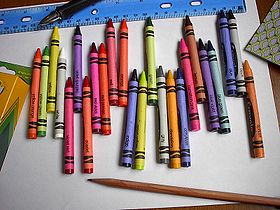 The Pros and Cons of Pre-K

The Readers Will Be Able To:

One of the most critical decisions a parent will make is when and where to begin their child’s formal education. Various schools of thought exist on the matter ranging from beginning a traditional academic curriculum once the child is toilet trained to retaining the child in the home so the parent can home school. A commonality exists in all cases and that is the expectation for the preschooler to gain a solid foundation in academics, social interaction, and cognitive functioning in order to enable their future scholastic achievements. Before enrolling a child in any sort of preschool program, it is imperative the parents evaluate their child’s readiness and define their expectations for the preschool program. In a 2005 study conducted in Charlottesville, Virginia, researchers found dissimilarities between the expectations of teachers and the expectations of parents for preschool children (Lane, Stanton-Chapman, Jamison & Phillips, 2007). Their findings suggest the importance of communication between teachers and parents and the necessity of making the child aware of the desires of both (Lane et al., 2007). A child’s success in any early childhood education program hinges on the guidance given to them by their parents and teachers.

Proponents of pre-kindergarten education identify the potential for early identification of learning disabilities as a basis for their position. Early identification increases the likelihood the child will achieve greater academic gains and avoid the development of secondary problems (Steele, 2004). These secondary problems include “frustration, anxiety, behavior problems, greater academic deficiencies, and subsequent motivation problems” (Steele, 2004, pp. 75-76). As with any prospective problem, an early diagnosis increases the chances of improvement. Thus, experts in various fields agree the ages between birth and five are crucial for early detection of a child’s learning deficits (Steele, 2004).

According to Larmar and Gatfield (2007), “The Early Impact (EI) Program is an early intervention and prevention program for reducing the incidence of conduct problems in pre-school aged children” (p. 703). A 2006 study regarding the effectiveness of the program surveyed 455 preschool children and found significant gains in the management of behavior problems in pre-kindergarten students (Larmar & Gatfield, 2007). Additionally, parents, teachers, and students all acknowledged a positive regard for the EI program (Larmar & Gatfield, 2007). Implications of such research suggest the possibility for implementation in preschools across the country with the prospect to negate behavior problems in a child prior to them entering kindergarten thus reducing the need for further discipline at the elementary school level.

It has been widely noted that significant academic gaps exist for children of low socioeconomic status and varied multicultural backgrounds (Perez-Johnson & Maynard, 2007). According to Perez-Johnson and Maynard (2007), “Our focus on the period of early childhood stems from two critical research-based observations. First, early childhood is when achievement gaps first emerge. Second, early childhood represents an optimal period for intervention, because gaps compound and become more costly and difficult to address as time passes by” (p. 588). It is their belief that if a child from a disadvantaged background can be reached at an early point, then it is plausible they will enter kindergarten on a “level playing field” (Perez-Johnson & Maynard, 2007). Although it seems Caucasian children are more likely to be enrolled in preschool programs assessed to be of better quality, African-American and Hispanic children are still benefiting greatly from their attendance in government sponsored programs such as Head Start.

Proponents of a universal pre-kindergarten program cite the potential to balance the academic performance levels of all U.S. children as a paramount purpose to substantiate their cause.

With the recent presidential election, this topic has been thrust to the center of a national debate. Critics question spending scarce state and federal resources on the education of preschoolers when students in upper grade levels are not performing as expected. In a recent Wall Street Journal article, two contributors from the Reason Foundation presented evidence against President Obama’s claim that “every dollar spent on preschool will produce a 10-fold return” (Dalmia & Snell, 2008). It is their assertion a universal preschool program would be of little value until the failures of the K-12 system can be repaired (Dalmia & Snell, 2008). In Virginia, only 13 percent of those children enrolled in preschool attend a state funded program (VA Snapshot, 2009). Thus, parents who do not meet the guidelines for a state funded program are left to bear the financial burden of enrolling their child in a private preschool. Critics assert that whether the burden is assumed by the state or the parent the gains do not substantiate the cost.

Opponents of mandatory pre-kindergarten contend instruction becomes less advantageous if concepts learned are not reinforced in the home by the caregivers. A study including 77 children attending a Head Start program examined the relationship between a child’s language acquisition skills and “parental nurturance” (Merlo, Bowman & Barnett, 2007). Researchers followed up with the 77 students approximately four years later and found those who lived in a more loving home environment with greater parental involvement displayed greater gains in their early reading skills (Merlo et al., 2007). Unfortunately, no universal preschool program in the world can compel parents to maintain an active interest in their child’s academic progress if they choose to be estranged from the learning process.

Currently, preschools, especially private ones, vary widely on the type of programs implemented in their institutions. Additionally, many early childhood educators are not trained to differentiate instruction for students who perform on either end of the academic spectrum. While much focus remains on the early childhood special education, those students who may later be categorized as gifted are left behind. Also, those students characterized as “twice-exceptional preschoolers” can often be overlooked in the preschool classroom. This term refers to those students who may have academic deficits in one area but show extraordinary abilities in another (Chamberlin, Buchanan & Vercimak, 2007). Recommendations for the improvement of preschool curriculum include the merging of special education and gifted education methods to reach children at every sector of the academic continuum (Chamberlin et al., 2007).

In examining the plethora of opinions on early childhood education, certain factors must exist in order for a child to attain lasting academic benefits from their pre-kindergarten instruction. These include open communication among teachers, parents, and students, clearly defined expectations for the young pupils, proper training of early childhood educators, and ample parental involvement. With such components in place, children can derive many advantages from their attendance in pre-kindergarten program including possible early identification of learning disabilities, a decrease in problematic behaviors, and a more level playing field. However, since each child is different, every case needs to be considered on an individual basis with the well-being of the child remaining the primary focus.

As a parent who has research the subject in depth on behalf of my own child, I would like to offer the following advice for others now making similar decisions. First, know your child. This sounds simple but some programs focus on social growth while others stress academic gains. Enroll your child in a program that best suits them. Second, evaluate your options based on cost, transportation availability, accreditation, and any other elements you find important in a preschool program. Prior to enrollment, interview the director, observe the classroom your child would join, and, if possible, speak with your child’s prospective teacher to gain a sense of his or her teaching philosophies. Lastly, I would advocate you trust your instincts both as a parent and as a current or future educator. If the program you are considering does not seem to fit your child’s needs, then find one that does. Likewise, if you feel teaching your child the basic skills from home is most beneficial, you should provide ample opportunity for socialization through playgroups and work diligently from home to ensure your child is prepared for kindergarten. Simply, a mandatory pre-kindergarten is not the answer. The answer lies in allowing parents to make decisions based upon the best interest of their child and trusting their determinations.

1. Which of the following IS NOT one of the arguments for pre-kindergarten education?

2. Which of the following IS NOT one of the arguments against pre-kindergarten education?

b) Inadequate parental involvement and/or nurturance

c) Lack of adequate curriculum to service needs of ALL students

3. Mrs. Smith teaches 4-year old Zachary who exhibits great ability in phonemic awareness but has a documented disability, ADHD. In order to best suit his individual needs, Mrs. Smith wants to utilize the most beneficial research-based teaching strategies available. As a colleague, what sort of advice would you give Mrs. Smith?

4. One of your brightest 4-year old students, Sophia, seems to grasp number recognition during your lessons at school. Since she is so interested in numbers, you send home worksheets so she can continue to practice while not at school. However, you have begun to notice that after the weekends Sophia returns to school with the worksheets blank and displays little improvement in her overall counting skills. What additional factor seems to be at play in this situation?

d) Sophia may have a learning disability in math

Additional information on the history of pre-kindergarten in the United States Retrieved February 1, 2009, from The Center for Public Education: <http://www.centerforpubliceducation.org/site/c.kjJXJ5MPIwE/b.2556065/k.E644/Prek_What_the_research_shows.htm#history>.