Symbolic interactionism is a micro-level theory that focuses on the relationships among individuals within a society. Communication—the exchange of meaning through language and symbols—is believed to be the way in which people make sense of their social worlds. Theorists Herman and Reynolds (1994) note that this perspective sees people as being active in shaping the social world rather than simply being acted upon.

George Herbert Mead (1863–1931) is considered a founder of symbolic interactionism though he never published his work on it (LaRossa and Reitzes 1993). Mead’s student, Herbert Blumer, coined the term “symbolic interactionism” and outlined these basic premises: humans interact with things based on meanings ascribed to those things; the ascribed meaning of things comes from our interactions with others and society; the meanings of things are interpreted by a person when dealing with things in specific circumstances (Blumer 1969). If you love books, for example, a symbolic interactionist might propose that you learned that books are good or important in the interactions you had with family, friends, school, or church; maybe your family had a special reading time each week, getting your library card was treated as a special event, or bedtime stories were associated with warmth and comfort.

Social scientists who apply symbolic-interactionist thinking look for patterns of interaction between individuals. Their studies often involve observation of one-on-one interactions. For example, while a conflict theorist studying a political protest might focus on class difference, a symbolic interactionist would be more interested in how individuals in the protesting group interact, as well as the signs and symbols protesters use to communicate their message. 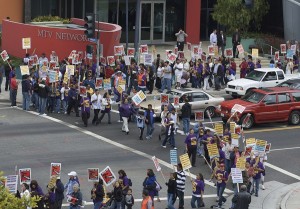 The focus on the importance of symbols in building a society led sociologists like Erving Goffman (1922–1982) to develop a technique called dramaturgical analysis. Goffman used theater as an analogy for social interaction and recognized that people’s interactions showed patterns of cultural “scripts.” Because it can be unclear what part a person may play in a given situation, he or she has to improvise his or her role as the situation unfolds (Goffman 1958).

Studies that use the symbolic interactionist perspective are more likely to use qualitative research methods, such as in-depth interviews or participant observation, because they seek to understand the symbolic worlds in which research subjects live.

Constructivism is an extension of symbolic interaction theory which proposes that reality is what humans cognitively construct it to be. We develop social constructs based on interactions with others, and those constructs that last over time are those that have meanings which are widely agreed-upon or generally accepted by most within the society. This approach is often used to understand what’s defined as deviant within a society. There is no absolute definition of deviance, and different societies have constructed different meanings for deviance, as well as associating different behaviors with deviance. One situation that illustrates this is what you believe you’re to do if you find a wallet in the street. In the United States, turning the wallet in to local authorities would be considered the appropriate action, and to keep the wallet would be seen as deviant. In contrast, many Eastern societies would consider it much more appropriate to keep the wallet and search for the owner yourself; turning it over to someone else, even the authorities, would be considered deviant behavior.

The main tenets of symbolic interactionism are explained in the following video.

Research done from this perspective is often scrutinized because of the difficulty of remaining objective. Others criticize the extremely narrow focus on symbolic interaction. Proponents, of course, consider this one of its greatest strengths.

Farming and Locavores: How Sociological Perspectives Might View Food Consumption

The consumption of food is a commonplace, daily occurrence, yet it can also be associated with important moments in our lives. Eating can be an individual or a group action, and eating habits and customs are influenced by our cultures. In the context of society, our nation’s food system is at the core of numerous social movements, political issues, and economic debates. Any of these factors might become a topic of sociological study.

A structural-functional approach to the topic of food consumption might be interested in the role of the agriculture industry within the nation’s economy and how this has changed from the early days of manual-labor farming to modern mechanized production. Another examination might study the different functions that occur in food production: from farming and harvesting to flashy packaging and mass consumerism.

A sociologist viewing food consumption through a symbolic interactionist lens would be more interested in micro-level topics, such as the symbolic use of food in religious rituals, or the role it plays in the social interaction of a family dinner. This perspective might also study the interactions among group members who identify themselves based on their sharing a particular diet, such as vegetarians (people who don’t eat meat) or locavores (people who strive to eat locally produced food).

These three approaches are still the main foundation of modern sociological theory, but some evolution has been seen. Structural-functionalism was a dominant force after World War II and until the 1960s and 1970s. At that time, sociologists began to feel that structural-functionalism did not sufficiently explain the rapid social changes happening in the United States at that time.

Conflict theory then gained prominence, as there was renewed emphasis on institutionalized social inequality. Critical theory, and the particular aspects of feminist theory and critical race theory, focused on creating social change through the application of sociological principles, and the field saw a renewed emphasis on helping ordinary people understand sociology principles, in the form of public sociology.

Postmodern social theory attempts to look at society through an entirely new lens by rejecting previous macro-level attempts to explain social phenomena. Generally considered as gaining acceptance in the late 1970s and early 1980s, postmodern social theory is a micro-level approach that looks at small, local groups and individual reality. Its growth in popularity coincides with the constructivist aspects of symbolic interactionism.

2. Which research technique would most likely be used by a symbolic interactionist?

conflict theory:
a theory that looks at society as a competition for limited resources

constructivism:
an extension of symbolic interaction theory which proposes that reality is what humans cognitively construct it to be

dramaturgical analysis:
a technique sociologists use in which they view society through the metaphor of theatrical performance

functionalism:
a theoretical approach that sees society as a structure with interrelated parts designed to meet the biological and social needs of individuals that make up that society

symbolic interactionism:
a theoretical perspective through which scholars examine the relationship of individuals within their society by studying their communication (language and symbols)

theory:
a proposed explanation about social interactions or society

You’ll have more success on the Self-Check, if you’ve completed the five Readings, and watched the Videos in this section.