Why define sociology and explain how empirical research is used to study the social world?

Everything–and I mean everything–would be lost if the cops saw me. I was sitting at a table by myself in the back of a heavy metal bar I had visited off and on for the past year and a half. About a third of the faces in the crowd were now familiar to me, and I nodded affirmatively to acknowledge the presence of acquaintances. The place was packed, dark, and sweaty. Long-haired leather-clad men and women broke sweat moving feverishly to the deafening wall of sound produced by the live band on stage.

However, my sense of calm and comfort suddenly turned to mortification when I noticed the faces of two uniformed police officers in the dim light of the long bar off to my left. They had just arrived to case the joint, and I had a lot at stake in staying out of sight. For the next forty minutes I hid under tables, crouched on the dance floor, and in bathroom stalls as the officers methodically scoped out every inch of that club. More than once, those I knew figured out something was up and assisted me by standing in between myself and the panoptical gaze of the officers. When they finally left, others smiled at me knowingly as I breathed a sigh of relief. Not only had I dodged the officers, but my actions had increased my street-cred among the regulars.

I was in the club that night because, as a sociologist, I was conducting a long-term participant observation study of the heavy metal scene. Of all the nights in all the bars in a city exceeding one million people, my then-brother-in-law and his partner, both beat cops, decided to unknowingly case the very place in which I was making some observations. I had already been approached at least a half dozen times that evening by regulars asking if I wanted to buy drugs of various sorts. I rejected their offers, but I knew that exchanging pleasantries with an officer of the law would have immediately pegged me as a narc (undercover narcotics officer). Not only would have this destroyed my credibility in that particular bar but the entire city scene, which would have prematurely ended my research project. I was indeed fortunate to have avoided contact with the police. 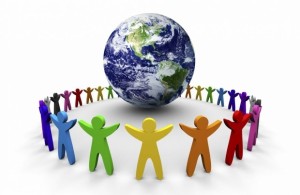 Welcome to the exciting (and sometimes dangerous!) world of sociology. Sociologists study society and social interactions, and in order to do so, they sometimes go to extreme measures to do research that will provide insightful and valuable results. They go beyond common sense understandings in trying to explain or understand social phenomena. Sociologists do not see the world as we normally do, they question and analyze why things happen and if there is a way to stop a problem before it happens.

In this module, you’ll examine some of these research methods after we first establish a foundational understanding of what sociology is and how it came to be. In addition, you’ll learn about the main theoretical perspectives central to the study of society and see how sociology can be applied in the real world.

You’ll come to find that sociology is pertinent to every aspect of your life. You may see yourself as an individual, but by virtue of your gender, race, class, sexual orientation, ethnicity, religion, or even consumption habits, you are also a member of several social groups, all of which are interacting constantly.

Did you know that the Reverend Martin Luther King, Jr., Ronald Reagan, Robin Williams, and First Lady Michelle Obama were all sociology majors? Chances are good that you’ll find the the subject fascinating, too!