Skip to content
It should be clear by now that public speaking happens all around us in many segments of our lives. However, to truly understand what is happening within these presentations, we need to take a step back and look at some of the key components of the communication process.

The first theoretical model of communication was proposed in 1949 by Shannon and Weaver for Bell Laboratories.[1] This three-part model was intended to capture the radio and television transmission process. However it was later adapted to human communication and is now known as the linear model of communication. The first part of the model is the sender, and this is the person who is speaking. The second part of the model is the channel, which is the apparatus for carrying the message (i.e., the phone or TV). The third part of the model is the receiver, and this is the person who picks up the message. In this model, communication is seen as a one-way process of transmitting a message from one person to another person. This model can be found in Figure 1.1. If you think about situations when you communicate with another person face-to-face or when you give a speech, you probably realize that this model is inadequate—communication is much more complicated than firing off a message to others. 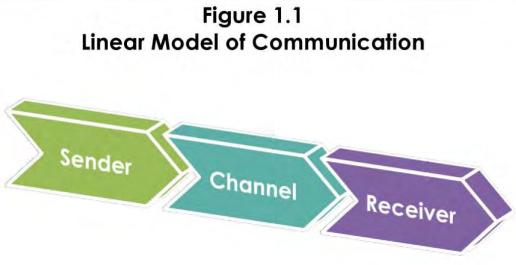 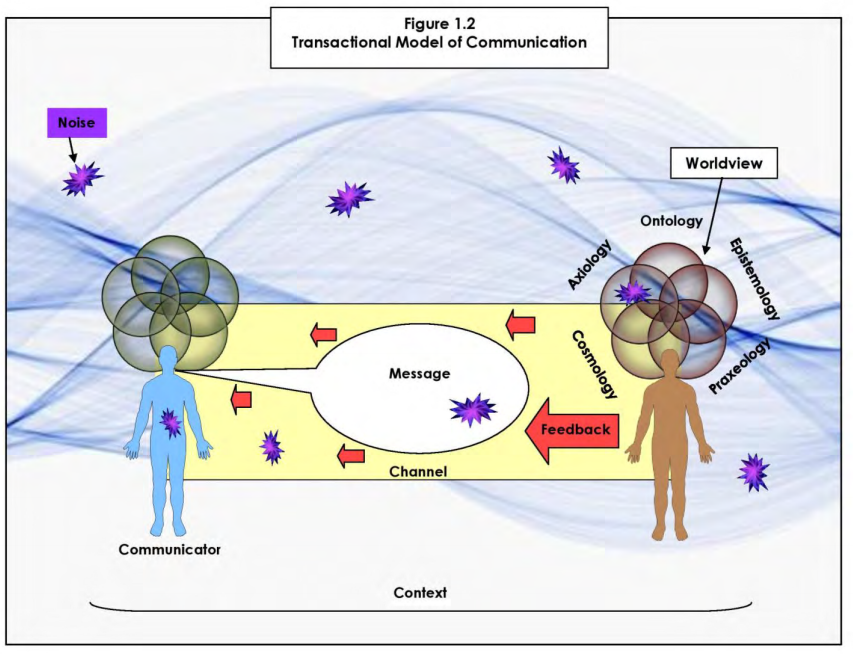 He who would learn to fly one day must first learn to stand and walk and run and climb and dance; one cannot fly into flying. ~ Friedrich Nietzsche