How do we know what we know? 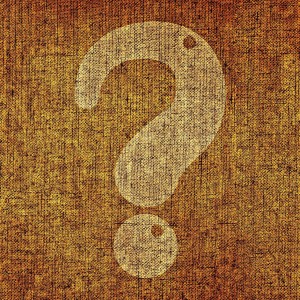 An important part of learning any science is having a basic knowledge of the techniques used in gathering information. The hallmark of scientific investigation is that of following a set of procedures designed to keep questioning or skepticism alive while describing, explaining, or testing any phenomenon. Not long ago a friend said to me that he did not trust academicians or researchers because they always seem to change their story. That, however, is exactly what science is all about; it involves continuously renewing our understanding of the subjects in question and an ongoing investigation of how and why events occur. Science is a vehicle for going on a never-ending journey. In the area of development, we have seen changes in recommendations for nutrition, in explanations of psychological states as people age, and in parenting advice. So think of learning about human development as a lifelong endeavor.

How do we know what we know? Take a moment to write down two things that you know about childhood…Okay. Now, how do you know? Chances are you know these things based on your own history (experiential reality) or based on what others have told you or cultural ideas (agreement reality) (Seccombe and Warner, 2004). There are several problems with personal inquiry. Read the following sentence aloud:

Paris in the
the spring

Are you sure that is what it said? Read it again:

Paris in the
the spring

If you read it differently the second time (adding the second “the”) you just experienced one of the problems with personal inquiry; that is, the tendency to see what we believe. Our assumptions very often guide our perceptions, consequently, when we believe something, we tend to see it even if it is not there. This problem may just be a result of cognitive ‘blinders’ or it may be part of a more conscious attempt to support our own views. Confirmation bias is the tendency to look for evidence that we are right and in so doing, we ignore contradictory evidence. Popper suggests that the distinction between that which is scientific and that which is unscientific is that science is falsifiable; scientific inquiry involves attempts to reject or refute a theory or set of assumptions (Thornton, 2005). Theory that cannot be falsified is not scientific. And much of what we do in personal inquiry involves drawing conclusions based on what we have personally experienced or validating our own experience by discussing what we think is true with others who share the same views.

Science offers a more systematic way to make comparisons guard against bias. One technique used to avoid sampling bias is to select participants for a study in a random way. This means using a technique to insure that all members have an equal chance of being selected. Simple random sampling may involve using a set of random numbers as a guide in determining who is to be selected. For example, if we have a list of 400 people and wish to randomly select a smaller group or sample to be studied, we use a list of random numbers and select the case that corresponds with that number (Case 39, 3, 217 etc.). This is preferable to asking only those individuals with whom we are familiar to participate in a study; if we conveniently chose only people we know, we know nothing about those who had no opportunity to be selected. There are many more elaborate techniques that can be used to obtain samples that represent the composition of the population we are studying. But even though a randomly selected representative sample is preferable, it is not always used because of costs and other limitations. (As a consumer of research, however, you should know how the sample was obtained and keep this in mind when interpreting results.)

One method of scientific investigation involves the following steps:

Your findings can then be used by others as they explore the area of interest and through this process a literature or knowledge base is established. This model of scientific investigation presents research as a linear process guided by a specific research question. And it typically involves quantifying or using statistics to understand and report what has been studied. Many academic journals publish reports on studies conducted in this manner and a good way to become more familiar with these steps is to look at journal articles which will be written in sections that follow these steps. For example, after a section entitled “Statement of the Problem”, you might find a second section entitled, “Literature Review”. Other headings will reflect the stages of research mentioned above.

Another model of research referred to as qualitative research may involve steps such as these:

In this type of research, theoretical ideas are “grounded” in the experiences of the participants. The researcher is the student and the people in the setting are the teachers as they inform the researcher of their world (Glazer & Strauss, 1967). Researchers are to be aware of their own biases and assumptions, acknowledge them and bracket them in efforts to keep them from limiting accuracy in reporting. Sometimes qualitative studies are used initially to explore a topic and more quantitative studies are used to test or explain what was first described.

Not all studies are designed to reach the same goal. Descriptive studies focus on describing an occurrence. Some examples of descriptive questions include:

Explanatory studies are efforts to answer the question “why” such as: