Athens attained its Golden Age under Pericles in the 5th century BCE, and flourished culturally as the hegemonic power of the Hellenic world.

Understand the factors contributing to the rise and fall of Athens

In 514 BCE, the dictator Hippias established stability and prosperity with his rule of Athens, but remained very unpopular as a ruler. With the help of an army from Sparta in 511/510 BCE, he was overthrown by Cleisthenes, a radical politician of aristocratic background who established democracy in Athens.

Prior to the rise of Athens, Sparta, a city-state with a militaristic culture, considered itself the leader of the Greeks, and enforced an hegemony. In 499 BCE, Athens sent troops to aid the Ionian Greeks of Asia Minor, who were rebelling against the Persian Empire during the Ionian Revolt. This provoked two Persian invasions of Greece, both of which were repelled under the leadership of the soldier-statesmen Miltiades and Themistocles, during the Persian Wars. In the decades that followed, the Athenians, with the help of the Spartans and other allied Greek city-states, managed to rout the Persians. These victories enabled Athens to bring most of the Aegean, and many other parts of Greece, together in the Delian League, creating an Athenian-dominated alliance from which Sparta and its allies withdrew. 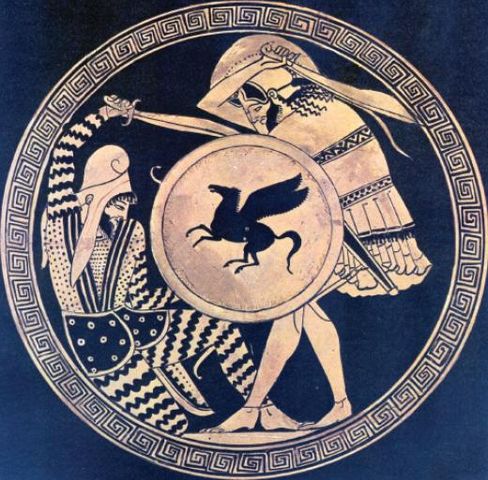 Athenian Hegemony and the Age of Pericles

The 5th century BCE was a period of Athenian political hegemony, economic growth, and cultural flourishing that is sometimes referred to as the Golden Age of Athens. The latter part of this time period is often called The Age of Pericles. After peace was made with Persia in the 5th century BCE, what started as an alliance of independent city-states became an Athenian empire. Athens moved to abandon the pretense of parity among its allies, and relocated the Delian League treasury from Delos to Athens, where it funded the building of the Athenian Acropolis, put half its population on the public payroll, and maintained the dominant naval power in the Greek world. With the empire’s funds, military dominance, and its political fortunes as guided by statesman and orator Pericles, Athens produced some of the most influential and enduring cultural artifacts of Western tradition, during what became known as the Golden Age of Athenian democracy, or the Age of Pericles. The playwrights Aeschylus, Sophocles, and Euripides all lived and worked in Athens during this time, as did historians Herodotus and Thucydides, the physician Hippocrates, and the philosopher Socrates. 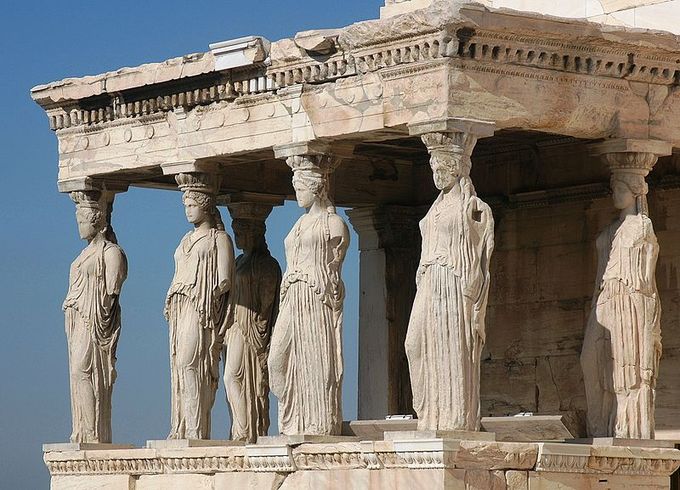 Pericles was arguably the most prominent and influential Greek statesman, orator, and general of Athens during its Golden Age. One of his most popular reforms while in power was to allow thetes (Athenians without wealth) to occupy public office. Another success of his administration was the creation of the misthophoria, a special salary for the citizens that attended the courts as jurors. As Athens’ ruler, he helped the city to prosper with a resplendent culture and democratic institutions.

The administration of the Athenian state was managed by a group of people referred to as magistrates, who were submitted to rigorous public control and chosen by lot. Only two magistrates were directly elected by the Popular Assembly: strategos (or generals), and magistrates of finance. All magistrates served for a year or less, with the exception of Pericles, who was elected year after year to public office. At the end of their service, magistrates were required to give an account of their administration and use of public finances.

The most elite posts in the Athenian political system belonged to archons. In ages past, they served as heads of the Athenian state, but in the Age of Pericles they lost much of their influence and power, though they still presided over tribunals. The Assembly of the People was the first organ of democracy in Athens. In theory, it was composed of all the citizens of Athens. However, it is estimated that the maximum number of participants it witnessed was 6,000. The Assembly met in front of the Acropolis and decided on laws and decrees. Once the Assembly gave its decision in a certain matter, the issue was raised to the Council, or Boule, to provide definitive approval.

The Council consisted of 500 members, 50 from each tribe, and functioned as an extension of the Assembly. Council members were chosen by lot in a similar manner to magistrates and supervised the work of the magistrates in addition to other legal projects and administrative details. They also oversaw the city-state’s external affairs.

Athenian Defeat and Conquest By Macedon

Originally intended as an association of Greek city-states to continue the fight against the Persians, the Delian League soon turned into a vehicle for Athens’s own imperial ambitions and empire-building. The resulting tensions brought about the Peloponnesian War (431-404 BCE), in which Athens was defeated by its rival, Sparta. By the mid-4th century BCE, the northern Greek kingdom of Macedon was becoming dominant in Athenian affairs. In 338 BCE, the armies of Philip II of Macedon defeated an alliance of some of the Greek city-states, including Athens and Thebes, at the Battle of Chaeronea, effectively ending Athenian independence.

Classical Athenian society was structured as a democratic patriarchy that strived towards egalitarian ideals.

Understand the structures of Athenian society in the classical period

Structure of the Athenian Government

In the Assembly of the People, Athenian citizens decided matters of state. In theory, it was composed of all the citizens of Athens; however, it is estimated that the maximum number of participants it included was 6,000. Since many citizens were incapable of exercising political rights, due to their poverty or ignorance, a number of governmental resources existed to encourage inclusivity. For example, the Athenian democracy provided the following to its population:

In order to discourage corruption and patronage, most public offices that did not require specialized expertise were appointed by lot rather than by election. Offices were also rotated so that members could serve in all capacities in turn, in order to ensure that political functions were instituted as smoothly as possible regardless of each individual official’s capacity.

When the Assembly of the People reached decisions on laws and decrees, the issue was raised to a body called the Council, or Boule, to provide definitive approval. The Council consisted of 500 members, 50 from each tribe, and functioned as an extension of the Assembly. Council members, who were chosen by lot, supervised the work of other government officials, legal projects, and other administrative details. They also oversaw the city-state’s external affairs. 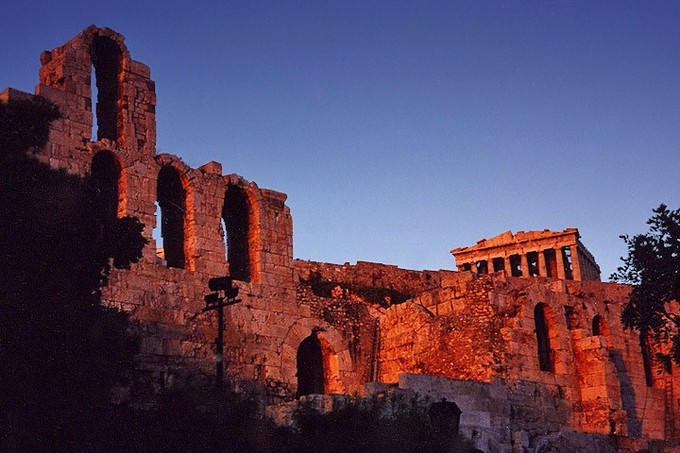 Athenians in the Age of Pericles

The Athenian elite lived modestly and without great luxuries compared to the elites of other ancient societies. Wealth and land ownership was not typically concentrated in the hands of a few people. In fact, 71-73% of the citizen population owned 60-65% of the land. By contrast, thetes occupied the lowest social class of citizens in Athens. Thetes worked for wages or had less than 200 medimnoi as yearly income. Many held crucial roles in the Athenian navy as rowers, due to the preference of many ancient navies to rely on free men to row their galleys. During the reforms of Ephialtes and Pericles around 460-450 BCE, thetes were granted the right to hold public office.

Boys were educated at home until the age of seven, at which time they began formal schooling. Subjects included reading, writing, mathematics, and music, as well as physical education classes that were intended to prepare students for future military service. At the age of 18, service in the army was compulsory.

Athenian women were dedicated to the care and upkeep of the family home. Athenian society was a patriarchy; men held all rights and advantages, such as access to education and power. Nonetheless, some women, known as hetaeras, did receive an education with the specific purpose of entertaining men, similar to the Japanese geisha tradition. Hetaeras were considered higher in status than other women, but lower in status than men. One famous example of a hetaera is Pericles’ mistress, Aspasia of Miletus, who is said to have debated with prominent writers and thinkers, including Socrates.