The Rise of Egyptian Civilization

In prehistoric times (pre-3200 BCE), many different cultures lived in Egypt along the Nile River, and became progressively more sedentary and reliant on agriculture. By the time of the Early Dynastic Period, these cultures had solidified into a single state.

Describe the rise of civilization along the Nile River

The prehistory of Egypt spans from early human settlements to the beginning of the Early Dynastic Period of Egypt (c. 3100 BCE), which started with the first Pharoah Narmer (also known as Menes). It is equivalent to the Neolithic period, and is divided into cultural periods, named after locations where Egyptian settlements were found.

This period began around 30,000 BCE. Ancient, mobile buildings, capable of being disassembled and reassembled were found along the southern border near Wadi Halfa. Aterian tool-making industry reached Egypt around 40,000 BCE, and Khormusan industry began between 40,000 and 30,000 BCE.

Halfan culture arose along the Nile Valley of Egypt and in Nubia between 18,000 and 15,000 BCE. They appeared to be settled people, descended from the Khormusan people, and spawned the Ibero-Marusian industry. Material remains from these people include stone tools, flakes, and rock paintings.

The Qadan culture practiced wild-grain harvesting along the Nile, and developed sickles and grinding stones to collect and process these plants. These people were likely residents of Libya who were pushed into the Nile Valley due to desiccation in the Sahara. The Sebilian culture (also known as Esna) gathered wheat and barley.

The Harifian culture migrated out of the Fayyum and the Eastern deserts of Egypt to merge with the Pre-Pottery Neolithic B; this created the Circum-Arabian Nomadic Pastoral Complex, who invented nomadic pastoralism, and may have spread Proto-Semitic language throughout Mesopotamia.

Expansion of the Sahara desert forced more people to settle around the Nile in a sedentary, agriculture-based lifestyle. Around 6000 BCE, Neolithic settlements began to appear in great number in this area, likely as migrants from the Fertile Crescent returned to the area. Weaving occurred for the first time in this period, and people buried their dead close to or within their settlements.

The Merimde culture (5000-4200 BCE) was located in Lower Egypt. People lived in small huts, created simple pottery, and had stone tools. They had cattle, sheep, goats, and pigs, and planted wheat, sorghum, and barley. The first Egyptian life-size clay head comes from this culture.

The El Omari culture (4000-3100 BCE) lived near modern-day Cairo. People lived in huts, and had undecorated pottery and stone tools. Metal was unknown. 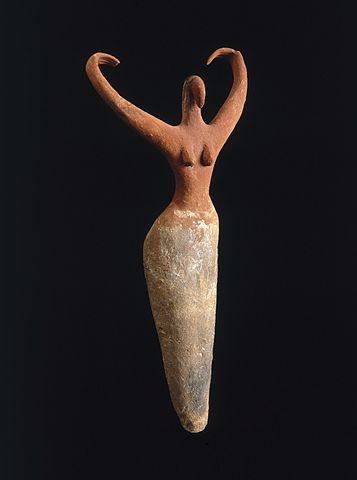 The Maadi culture (also known as Buto Maadi) is the most important Lower Egyptian prehistoric culture. Copper was used, pottery was simple and undecorated, and people lived in huts. The dead were buried in cemeteries.

The Tasian culture (4500-3100 BCE) produced a kind of red, brown, and black pottery, called blacktop-ware. From this period on, Upper Egypt was strongly influenced by the culture of Lower Egypt.

The Badarian culture (4400-4000 BCE) was similar to the Tasian, except they improved blacktop-ware and used copper in addition to stone.

The Gerzean culture (Naqada II, 3500-3200 BCE) saw the laying of the foundation for Dynastic Egypt. It developed out of Amratian culture, moving south through Upper Egypt. Its pottery was painted dark red with pictures of animals, people and ships. Life was increasingly sedentary and focused on agriculture, as cities began to grow. Mud bricks were mass-produced, copper was used for tools and weapons, and silver, gold, lapis, and faience were used as decorations. The first Egyptian-style tombs were built.

During this period, the process of state formation, begun in Naqada II, became clearer. Kings headed up powerful polities, but they were unrelated. Political unification was underway, which culminated in the formation of a single state in the Early Dynastic Period. Hieroglyphs may have first been used in this period, along with irrigation. Additionally, royal cemeteries and serekhs (royal crests) came into use. 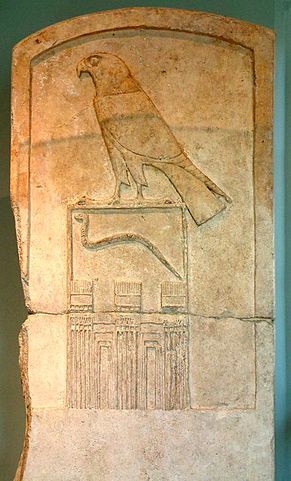