Introduction to the Renaissance

The Renaissance was a cultural movement that began in Italy in the 14th century, and spread to the rest of Europe during the 15th and 16th centuries.

The Renaissance was a period in Europe, from the 14th to the 17th century, regarded as the cultural bridge between the Middle Ages and modern history. It started as a cultural movement in Italy, specifically in Florence, in the late medieval period and later spread to the rest of Europe, marking the beginning of the early modern age.

The intellectual basis of the Renaissance was its own invented version of humanism, derived from the rediscovery of classical Greek philosophy, such as that of Protagoras, who said that “Man is the measure of all things.” This new thinking became manifest in art, architecture, politics, science, and literature. Early examples were the development of perspective in oil painting and the recycled knowledge of how to make concrete. Though availability of paper and the invention of metal movable type sped the dissemination of ideas from the later 15th century, the changes of the Renaissance were not uniformly experienced across Europe.

As a cultural movement, the Renaissance encompassed the innovative flowering of Latin and vernacular literatures, beginning with the 14th-century resurgence of learning based on classical sources, which contemporaries credited to Petrarch; the development of linear perspective and other techniques of rendering a more natural reality in painting; and gradual but widespread educational reform.

In politics, the Renaissance contributed the development of the conventions of diplomacy, and in science an increased reliance on observation. Although the Renaissance saw revolutions in many intellectual pursuits, as well as social and political upheaval, it is perhaps best known for its artistic developments and the contributions of such polymaths as Leonardo da Vinci and Michelangelo, who inspired the term “Renaissance man.” 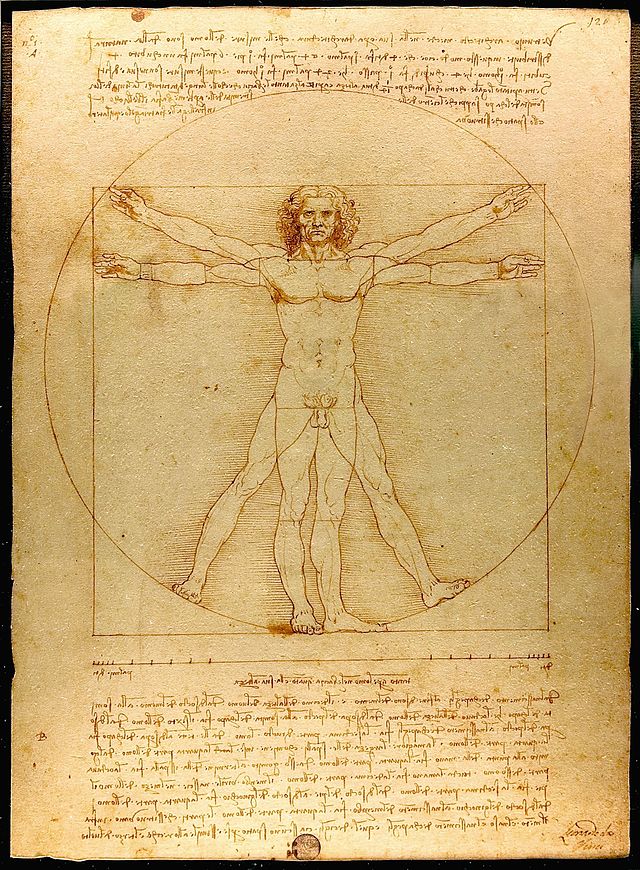 Various theories have been proposed to account for the origins and characteristics of the Renaissance, focusing on a variety of factors, including the social and civic peculiarities of Florence at the time; its political structure; the patronage of its dominant family, the Medici; and the migration of Greek scholars and texts to Italy following the Fall of Constantinople at the hands of the Ottoman Turks.

Many argue that the ideas characterizing the Renaissance had their origin in late 13th-century Florence, in particular in the writings of Dante Alighieri (1265–1321) and Petrarch (1304–1374), as well as the paintings of Giotto di Bondone (1267–1337). Some writers date the Renaissance quite precisely; one proposed starting point is 1401, when the rival geniuses Lorenzo Ghiberti and Filippo Brunelleschi competed for the contract to build the bronze doors for the Baptistery of the Florence Cathedral (Ghiberti won). Others see more general competition between artists and polymaths such as Brunelleschi, Ghiberti, Donatello, and Masaccio for artistic commissions as sparking the creativity of the Renaissance. Yet it remains much debated why the Renaissance began in Italy, and why it began when it did. Accordingly, several theories have been put forward to explain its origins.

Historical Perspectives on the Renaissance

The Renaissance has a long and complex historiography, and in line with general skepticism of discrete periodizations there has been much debate among historians reacting to the 19th-century glorification of the Renaissance and individual culture heroes as “Renaissance men,” questioning the usefulness of “Renaissance” as a term and as a historical delineation.

Some observers have called into question whether the Renaissance was a cultural advance from the Middle Ages, seeing it instead as a period of pessimism and nostalgia for classical antiquity, while social and economic historians, especially of the longue durée (long-term) have focused on the continuity between the two eras, which are linked, as Panofsky observed, “by a thousand ties.”

The Renaissance: Was it a Thing? – Crash Course World History #22: European learning changed the world in the 15th and 16th centuries, but was it a cultural revolution, or an evolution? We’d argue that any cultural shift that occurs over a couple of hundred years isn’t too overwhelming to the people who live through it. In retrospect though, the cultural bloom in Europe during this time was pretty impressive.