Societies have long had a desire to find effective ways to report environmental dangers and opportunities; circulate opinions, facts, and ideas; pass along knowledge, heritage, and lore; communicate expectations to new members; entertain in an expansive manner; and broaden commerce and trade (Schramm). The primary challenge has been to find ways to communicate messages to as many people as possible. Our need-to-know prompted innovative ways to get messages to the masses.

Before writing, humans relied on oral traditions to pass on information. “It was only in the 1920s-according to the Oxford English Dictionary-that people began to speak of ‘the media’ and a generation later, in the 1950s, of a ‘communication revolution’, but a concern with the means of communication is very much older than that” (Briggs & Burke 1). Oral and written communication played a major role in ancient cultures. These oral cultures used stories to document the past and impart cultural standards, traditions, and knowledge. With the development of alphabets around the world over 5000 years ago, written language with ideogrammatic (picture-based) alphabets like hieroglyphics started to change how cultures communicated. 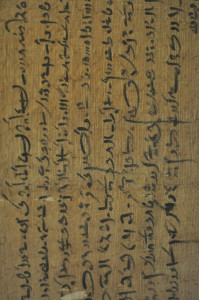 Still, written communication remained ambiguous and did not reach the masses until the Greeks and Romans resolved this by establishing a syllable alphabet representing sounds. But, without something to write on, written language was inefficient. Eventually, paper making processes were perfected in China, which spread throughout Europe via trade routes (Baran). Mass communication was not quick, but it was far-reaching (Briggs & Burke). This forever altered how cultures saved and transmitted cultural knowledge and values. Any political or social movement throughout the ages can be traced to the development and impact of the printing press and movable metal type (Steinberg). With his technique, Guttenberg could print more than a single page of specific text. By making written communication more available to larger numbers of people, mass printing became responsible for giving voice to the masses and making information available to common folks (McLuhan & Fiore). McLuhan argued that Gutenberg’s evolution of the printing press as a form of mass communication had profound and lasting effects on culture, perhaps the most significant invention in human history.

In 1949, Carl I. Hovland, Arthur A. Lumsdaine, and Fred D. Sheffield wrote the book Experiments on Mass Communication. They looked at two kinds of films the Army used to train soldiers. First, they examined orientation and training films such as the “Why We Fight” that were intended to teach facts to the soldiers, as well as generate a positive response from them for going to war. The studies determined that significant learning did take place by the soldiers from the films, but primarily with factual items. The Army was disappointed with the results that showed that the orientation films did not do an effective job in generating the kind of positive responses they desired from the soldiers. Imagine, people were not excited about going to war.

With the transition to the industrial age in the 18th century, large populations headed to urban areas, creating mass audiences of all economic classes seeking information and entertainment. Printing technology was at the heart of modernization WHICH led to magazines, newspapers, the telegraph, and the telephone. At the turn of the century (1900), pioneers like Thomas Edison, Theodore Puskas, and Nikola Tesla literally electrified the world and mass communication. With the addition of motion pictures and radio in the early 1900s, and television in the 40s and 50s, the world increasingly embraced the foundations of today’s mass communication. In the 1970s cable started challenging over-the-air broadcasting and traditional program distribution making the United States a wired nation. In 2014, there was an estimated 116.3 million homes in America that own a TV (Nielson, 2014 Advance National TV Household Universe Estimate). While traditionally these televisions would display only the programs that are chosen to be broadcast by cable providers, more and more households have chosen to become more conscious media consumers and actively choose what they watch through alternative viewing options like streaming video.

Today, smart T.V.’s and streaming devices have taken over the market and they are expected to be in 43% of households by 2016. These new forms of broadcasting have created a digital revolution. Thanks to Netflix and other streaming services we are no longer subjected to advertisements during our shows. Similarly, streaming services like Hulu provide the most recent episodes as they appear on cable that viewers can watch any time. These services provide instant access to entire seasons of shows (which can result in binge watching).

The Information Age eventually began to replace the ideals of the industrial age. In 1983 Time Magazine named the PC the first “Machine of the Year.” Just over a decade later, PCs outsold televisions. Then, in 2006, Time Magazine named “you” as the person of the year for your use of technology to broaden communication. “You” took advantage of changes in global media. Chances are that you, your friends, and family spend hours engaged in data-mediated communication such as emailing, texting, or participating in various form of social media. Romero points out that, “The Net has transformed the way we work, the way we get in contact with others, our access to information, our levels of privacy and indeed notions as basic and deeply rooted in our culture as those of time and space” (88). Social media has also had a large impact in social movements across the globe in recent years by providing the average person with the tools to reach wide audiences around the world for the first time history.

If you’re reading this for a college class, you may belong to the millennial generation. Free wifi, apps, alternative news sources, Facebook, and Twitter have become a way of life. Can you imagine a world without communication technology? How would you find out the name of that song stuck in your head? If you wanted to spontaneously meet up with a friend for lunch, how would you let them know? Mass communication has become such an integral part of our daily lives, most people probably could not function through the day without it. What started as email quickly progressed to chat rooms and basic blogs, such as LiveJournal. From there, we saw the rise and fall of the first widely used social media platform, Myspace. Though now just a shadow of the social media powerhouse it once was, Myspace paved the way for social media to enter the mainstream in forms of websites such as Facebook, Twitter, Tumblr, Snapchat, and Instagram. Facebook has evolved into a global social media site. It’s available in 37 languages and has over 500 million users. Mark Zuckerberg created Facebook in 2005 while studying at Harvard University, and it has universally changed the way we communicate, interact, and share our lives with friends, family, and acquaintances. Many people argue about the good and bad qualities of having a Facebook profile, it can be looked at as your “digital footprint” in social media. Profiles log status updates, timelines photos and videos, and archives messages between members. Here’s a short YouTube video from rapper/poet Prince Ea about Facebook and the effects of social media on society.

Another example of mainstream social media is Twitter. Twitter allows for quick 140 character or less status updates (called tweets) for registered users. Tweets can be sent from any device with access to internet in a fast simple way and connects with a number of people, whether they be family, friends or followers. Twitter’s microblogging format allows for people to share their daily thoughts and experiences on a broad and sometimes public stage. The simplicity of Twitter allows it to be used as a tool for entertainment and blogging, but also as a way of organizing social movements and sharing breaking news.

Snapchat is a newer social media platform used by more and more people every day. The function of Snapchat allows the user to send a photo (with the option of text) that expires after a few seconds. It can be looked at like a digital self-destructing note you would see in an old spy movie. Unlike its competitors, Snapchat is used in a less professional manner, emphasizing humor and spontaneity over information efficiency. Contrary to Facebook, there is no pressure to pose, or display your life. Rather, it is more spontaneous. It’s like the stranger you wink at in the street or a hilarious conversation with a best friend.

With new forms of communication emerging rapidly, it is important to note the corresponding changes to formal language and slang terms. UrbanDictionary.com is a famous site that can introduce any newbie to the slang world by presenting them various definitions for a term they don’t recognize, describe its background, and provide examples for how it’s used in context. For example, one of the most popular definitions claims that the word ‘hella’ is said to originate from the streets of San Francisco in the Hunters Point neighborhood. “It is commonly used in place of ‘really’ or ‘very’ when describing something.”

In this age of information overload, multiple news sources, high-speed connections, and social networking, life seems unimaginable without mass communication. Can you relate to your parents’ stories about writing letters to friends, family, or their significant others? Today, when trying to connect with someone we have a variety ways of contacting them; we can call, text, email, Facebook message, tweet, and/or Snapchat; the options are almost endless and ever-changing. Society today is in the midst of a technological revolution. Only a few years ago families were arguing over landline internet cable use and the constant disruptions from incoming phone calls. Now, we have the ability to browse the web anytime on smart phones. Since the printing press, mass communication has literally changed the ways we think and interact as humans. We take so much for granted as “new technologies are assimilated so rapidly in U.S. culture that historic perspectives are often lost in the process” (Fidler 1). With all of this talk and research about mass communication, what functions does it serve for us?