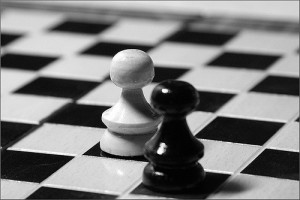 When you hear the word “conflict,” do you have a positive or negative reaction? Are you someone who thinks conflict should be avoided at all costs? While conflict may be uncomfortable and challenging it doesn’t have to be negative. Think about the social and political changes that came about from the conflict of the civil rights movement during the 1960’s. There is no doubt that this conflict was painful and even deadly for some civil rights activists, but the conflict resulted in the elimination of many discriminatory practices and helped create a more egalitarian social system in the United States. Let’s look at two distinct orientations to conflict, as well as options for how to respond to conflict in our interpersonal relationships.

When we shy away from conflict in our interpersonal relationships we may do so because we conceptualize it as destructive to our relationships. As with many of our beliefs and attitudes, they are not always well-grounded and lead to destructive behaviors. Augsburger outlined four assumptions of viewing conflict as destructive.

When we view conflict this way, we believe that it is a threat to the established order of the relationship. Think about sports as an analogy of how we view conflict as destructive. In the U.S. we like sports that have winners and losers. Sports and games where a tie is an option often seem confusing to us. How can neither team win or lose? When we apply this to our relationships, it’s understandable why we would be resistant to engaging in conflict. I don’t want to lose, and I don’t want to see my relational partner lose. So, an option is to avoid conflict so that neither person has to face that result.

In contrast to seeing conflict as destructive, also possible, even healthy, is to view conflict as a productive natural outgrowth and component of human relationships. Augsburger described four assumptions of viewing conflict as productive.

From this perspective, conflict provides an opportunity for strengthening relationships, not harming them. Conflict is a chance for relational partners to find ways to meet the needs of one another, even when these needs conflict. Think back to our discussion of dialectical tensions. While you may not explicitly argue with your relational partners about these tensions, the fact that you are negotiating them points to your ability to use conflict in productive ways for the relationship as a whole, and the needs of the individuals in the relationship.

When we ask our students what they want to do when they experience conflict, most of the time they say “resolve it.” While this is understandable, also important to understand is that conflict is ongoing in all relationships, and our approach to conflict should be to “manage it” instead of always trying to “resolve it.” 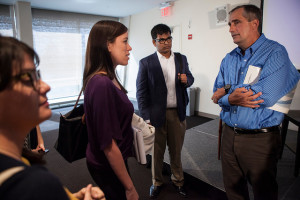 When people select the dominating strategy, or win-lose approach, they exhibit high concern for the self and low concern for the other person. The goal here is to win the conflict. This approach is often characterized by loud, forceful, and interrupting communication. Again, this is analogous to sports. Too often, we avoid conflict because we believe the only other alternative is to try to dominate the other person. In relationships where we care about others, it’s no wonder this strategy can seem unappealing.

The obliging style shows a moderate degree of concern for self and others, and a high degree of concern for the relationship itself. In this approach, the individuals are less important than the relationship as a whole. Here, a person may minimize the differences or a specific issue in order to emphasize the commonalities. The comment, “The fact that we disagree about politics isn’t a big deal since we share the same ethical and moral beliefs,” exemplifies an obliging style.

The compromising style is evident when both parties are willing to give up something in order to gain something else. When environmental activist, Julia Butterfly Hill agreed to end her two-year long tree sit in Luna as a protest against the logging practices of Pacific Lumber Company (PALCO), and pay them $50,000 in exchange for their promise to protect Luna and not cut within a 20-foot buffer zone, she and PALCO reached a compromise. If one of the parties feels the compromise is unequal they may be less likely to stick to it long term. When conflict is unavoidable, many times people will opt for compromise. One of the problems with compromise is that neither party fully gets their needs met. If you want Mexican food and your friend wants pizza, you might agree to compromise and go someplace that serves Mexican pizza. While this may seem like a good idea, you may have really been craving a burrito and your friend may have really been craving a pepperoni pizza. In this case, while the compromise brought together two food genres, neither person got their desire met.

When one avoids a conflict they may suppress feelings of frustration or walk away from a situation. While this is often regarded as expressing a low concern for self and others because problems are not dealt with, the opposite may be true in some contexts. Take, for example, a heated argument between Ginny and Pat. Pat is about to make a hurtful remark out of frustration. Instead, she decides that she needs to avoid this argument right now until she and Ginny can come back and discuss things in a more calm fashion. In this case, temporarily avoiding the conflict can be beneficial. However, conflict avoidance over the long term generally has negative consequences for a relationship because neither person is willing to participate in the conflict management process.

Finally, integrating demonstrates a high level of concern for both self and others. Using this strategy, individuals agree to share information, feelings, and creativity to try to reach a mutually acceptable solution that meets both of their needs. In our food example above, one strategy would be for both people to get the food they want, then take it on a picnic in the park. This way, both people are getting their needs met fully, and in a way that extends beyond original notions of win-lose approaches for managing the conflict. The downside to this strategy is that it is very time consuming and requires high levels of trust.