Continuing with the theme of this book, studying the role of mass communication heightens our awareness, helping us become media literate and strengthen our “ability to access, analyze, evaluate, and communicate messages” (Baran 374). Look around you. Mass communication’s influence in contemporary society is pervasive, as we are all interlaced with it in our daily lives. 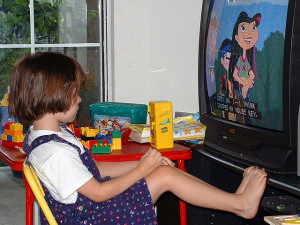 Culture is comprised of shared behaviors, values, beliefs, and attitudes that are learned through socialization. As Brummett explains, “popular culture are those systems or artifacts that most people share or know about”(27). Using Brummett’s ideas, in order for mass communication to be popular all forms do not have to be consumed or used by everyone. Instead, its place in culture is so pervasive that we at least have some familiarity with it. You may not watch the shows like The Walking Dead, Big Bang Theory, or Modern Family, but chances are you know something about them.

In contrast to popular culture, high culture consists of those media that are generally not produced for the masses, require a certain knowledge base, and typically require an investment of time and money to experience them. Examples of high culture include opera, poetry, theater, classical music, and the arts. While we generally do not use the term low culture, “Pop culture refers to mass-mediated kinds of ‘low’ art such as television commercials, television programs, most films, genre works of literature, and popular music” (Berger 118).

In 2002, a general manager at CNN Headline News instructed writers to insert slang words like “fly” (a sexually attractive person) into their televised graphics to resonate with younger viewers (Gordon; Sanders). Irvine points out that advertisers have been doing this for years. Abbreviations to speed up writing such as “lol” (laugh out loud) from chat rooms and e-mail are now becoming popular in daily conversation, and are even included in cell phone commercials advertising text messaging plans. Also, as new television genres replaced older ones, shows like Survivor, Dancing with the Stars and American Idol demonstrated that viewers like watching people in “real” situations. Does media shape our culture or does our culture shape media? Which one reflects the other, or is it possible to tell which one came first? These questions point to the importance of, and need for, media theories to provide the answers.

Keep in mind that popular culture does not necessarily mean poor quality. Popular is not always bad and is often relative to the times. For example, think about baby boomers. Their parents said rock-n-roll music was going to ruin their generation. However, today that very same music is considered classic. In the 1950’s it was said that comic books would corrupt children, and jazz was sinful. It seems like every generation has the opinion that the current pop culture of the time will destroy the moral fiber of young people. But it’s often the case that those cultural references become our most revered and loved cultural icons of the time period. Regardless of how mass communication is perceived, it implants words, behaviors, trends, icons, and patterns of behaviors that show up in our culture. Or, as some ask, is it the other way around?

Mass communication influences all aspects of society, including the language we use (Spitulnik). For example, in the 1980’s, Wendy’s aired the popular television commercial “where’s the beef?” In the 1990s, Jerry Seinfeld’s television show got us saying, “yada, yada, yada.” Saturday Night Live popularized the phrase, “I need more cow bell.” And Who Wants to Be a Millionaire coined the term “phone a friend.” It is common for us to personalize words or phrases, especially if they’re funny, and integrate them into our lives relative to our social contexts. The Seattle Times News Service reported that the 2003 version of the Oxford Dictionary of English now contains the catch phrase made famous by the HBO show The Sopranos–“bada bing”–meaning an exclamation to emphasize that something will effortlessly and predictably happen. This dictionary now contains words implanted by popular culture such as “counterterrorism” and “bootylicious.” Certain words become a part of our shared understanding through media exposure. Think about other acronyms and language that are now commonplace that were not just a few years ago: iphone, Instagram, Selfie, Hashtag, Google and Skype (as verbs), sexting, etc.