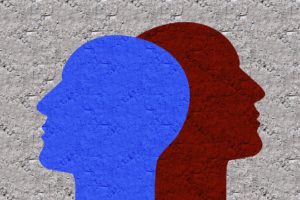 The Ring of Gyges was a mythical, magical artifact mentioned by the philosopher Plato
in Book 2 of The Republic. It was said to grant its owner the power to become invisible
at will. Plato puts the tale of this ring in the mouth of Glaucon, who uses it to make the
point that no person is so virtuous that he could resist the temptation of being able to
steal at will by the ring’s power of invisibility. In contemporary terms, Glaucon argues
that ethics is a social construction, whose source is the desire to maintain one’s
reputation for virtue and honesty. When that sanction is removed, ethics would
evaporate. In other words, anyone who had to ability to be unseen in their actions, be it
with a ring, or simply with the belief they will not be caught, would abandon all ethical
standards. Do you agree? Why or why not?
The Prisoner’s Dilemma is a standard example of cooperation. Two members of a
criminal-gang are arrested and imprisoned. Each prisoner is in solitary confinement
with no means of communicating with the other. The prosecutors lack sufficient
evidence to convict the pair on the principal charge. They hope to get both sentenced
to a year in prison on a lesser charge. Simultaneously, the prosecutors offer each
prisoner a bargain. Each prisoner is given the opportunity either to: betray the other by
testifying that the other committed the crime, or to cooperate with the other by
remaining silent. The offer is:If A and B each betray the other, each of them serves 2 years in prison.