Cultural  relativism  describes  the simple fact that there are different  cultures and each has different ways of behaving, thinking and feeling as its members learn such from the previous generation.  There is an enormous amount of evidence to confirm this claim.  It is well known by just about every human on the planet that people do things differently around the globe.  People dress differently, eat differently, speak different languages, sing different songs, have different music and dances and have many different customs. 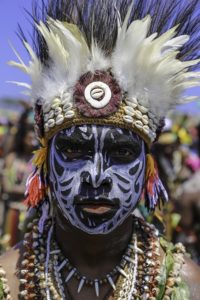 This is a scientific theory well supported by the evidence gathered by cultural anthropologists.

Descriptive ethical relativism describes the fact that in different cultures one of the variants is the sense of morality: the mores, customs and ethical principles may all vary from one culture to another.   There is a great deal of information available to confirm this as well.  What is thought to be moral in one country may be thought to be immoral and even made illegal in another country.

This is a scientific theory well supported by the evidence gathered by cultural anthropologists.

Or the reverse pattern

Can you think of other examples?

Normative ethical relativism is a theory, which claims that there are no universally valid moral principles. Normative ethical relativism theory says that the moral rightness and wrongness of actions varies from society to society and that there are no absolute universal moral standards binding on all men at all times.   The theory claims that all thinking about the basic principles of morality (Ethics) is always relative.  Each culture establishes the basic values and principles that serve as the foundation for morality. The theory claims that this is the case now, has always been the case and will always be the case.

Well, if you answered, “Yes” to any of the above you have relativistic ideas operating in your thought system.  Now you might ask yourself whether or not you really accept those ideas?

Do you think that killing newborn babies because they are females is wrong, even for the Chinese?  Don’t you think that once the Chinese and Indians and Africans have a higher quality of life and are better educated that they will and should stop doing those things that harm, kill or degrade women?  If you do you have absolutist ideas working in you as well.

How can you hold opposing ideas at the same time?