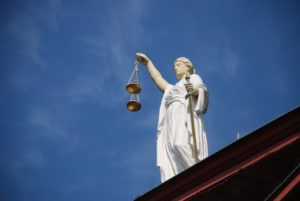 How does utilitarian reasoning operate?

Early utilitarian thinkers sought to ‘scientize’ ethical decision-making. They developed a ‘calculus’ comparable to a modern cost/benefit analysis. This calculus weighed the consequences of an action in terms of its impact on all the sentient beings that might be affected. Sentient beings feel pain or pleasure, so the calculus could consider the effect an action might have on animals as well as humans.

The calculus took into account several factors, such as

■    The number of humans and animals that would benefit

■    The number of humans and animals that would be harmed

■    How intense any resulting pleasure would be

■    How intense any resulting pain would be

While such a calculus for resolving ethical problems may seem idealized, utilitarian thinking coincided with a genuine desire to eliminate unnecessary suffering through seeking to answer the question, “Which option will serve the greater good?”

Utilitarianism stressed equality and fights against self-interest on the part of the ethical actor. As an illustration, let’s say you’ve volunteered to buy the paint for the fence that you and your three bordering neighbors share. The fence has to be painted one color: brown or white. You prefer white but your neighbors want brown. If you used a utilitarian approach, you would buy brown paint because three outnumbers one. Just because you are buying the paint does not give you any more weight in the decision.

How has utilitarian reasoning been applied?

Utilitarian thinking led to many reforms. It helped bring an end to the mistreatment of animals, orphans and child laborers, as well as to the harsh treatment of adult laborers, prisoners, the poor, and the mentally ill. It provided arguments for abolishing slavery and for eliminating inequalities between the sexes. For John Stuart Mill, one of the founders of the theory, both logic and morality dictated that one person’s happiness should count as much as another person’s happiness. This principle was applied to people whether they were wealthy or poor, powerful or weak.

Today few people think an ethical calculus can tell us exactly how competing interests should be weighed. But the more general utilitarian approach to ethical reasoning is still immensely influential. The principle that each person’s happiness should be as important as any other person’s happiness requires a society to make decisions in which the interests of all its members are considered in a balanced, rational fashion.

We can see utilitarianism in action in many public health efforts. For example, children in public schools are required to receive certain vaccinations. This is mandatory because of the results: keeping people healthy and the greater good: individuals may object to the vaccinations, but the law focuses on the greater good for the greatest number.

What is the main weakness of utilitarianism?

The utilitarian principle says that people should act to promote overall happiness, but this principle appears to justify using people in ways that do not respect the idea that individual rights may not be violated. That is, the utilitarian approach seems to imply that it would be ethical to inflict pain on one person if that action results in a net increase in happiness.

Here is a classic question that is posed to expose this potential weakness in the utilitarian approach to ethical reasoning: Why not kill and harvest the organs of one healthy person in order to save five patients who will go on to live happy lives?

The philosopher William James argued that it would be a “hideous…thing” if “millions [were] kept permanently happy on the one simple condition that a certain lost soul on the far-off edge of things should lead a life of lonely torture,” but that situation would seem consistent with utilitarianism (James, 1891, n.p.).

James’s scenario inspired a short story by Ursula Le Guin, “Those Who Walk Away from Omelas,” in which the happiness of a society depends upon the suffering of one child. Some members of this society are unable to live with this fact and “walk away from Omelas.”

Utilitarian’s emphasis on consequences can also be a weakness. That emphasis can lead to “all’s well that ends well” thinking, allowing people to justify immoral acts if the outcome is beneficial. One must also ask, can we ever be sure of the consequences of our actions? If we take an action that we expected would have good consequences, but it ends up harming people, have we behaved unethically regardless of our intentions?

How do I apply utilitarianism in real life?

When faced with an ethical dilemma, ask yourself: