The three sociological perspectives examined in earlier chapters continue to offer insights that help us understand the economy, including the nature of work on which any economy rests. Table 12.1 “Theory Snapshot” summarizes these insights.

Recall that the functionalist perspective highlights the many functions that social institutions serve for society. Accordingly, this perspective paints a positive picture of work and the economy by pointing to their many benefits.

Many high school students have summer jobs or after-school jobs. Whether or not they go to college, most people work for pay once they reach adulthood. Some work full-time until they retire, some alternate full-time work and part-time work, and some may start out with a job but drop out of the labor force to raise their children. Regardless of these various work patterns, the most important function that most people derive from working is their paycheck. Simply put, work provides the income that most people need for food, clothing, shelter, and other essential needs in today’s society.

But work has important, nonmaterial functions beyond helping us pay the bills. Many people consider their job part of their overall identity, just as the college students reading this book consider being a student as part of their current identity. As we enter adulthood, we are not just a spouse, partner, parent, or child of our parents; we are also an accountant, banker, claims adjuster, day care worker, elementary school teacher, financial consultant, garage door installer, and so forth. The job we have helps provide us with a sense of who we are, or, to put it another way, a sense of our identity.

Especially if we enjoy our jobs, work can also give us a sense of self-fulfillment, self-confidence, and self-esteem. These psychological effects combine to form yet another important function of work. 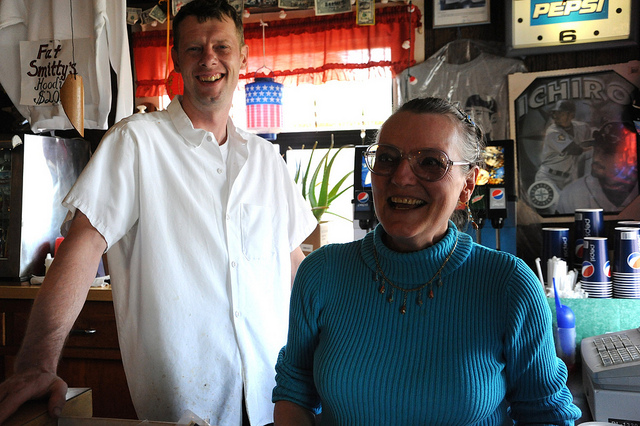 An important function of work is that it provides a context for coworker friendships. Many people have friends whom they met in their workplaces or through their work.

A third function is friendships. Many people have friends and acquaintances whom they met at their workplaces or at least through their work (McGuire, 2007). Coworkers discuss all kinds of topics with each other, including personal matters, sports, and political affairs, and they often will invite other coworkers over to their homes or go out with them to a movie or a restaurant. These friendships are yet another benefit that work often provides.

The nonmaterial benefits that work provides for many people are important and should not be discounted. Although this is speculative, many wealthy people no longer need to work but continue to work because of these nonmaterial benefits. National survey data support the importance of work’s nonmaterial benefits in this regard. In the 2010 General Social Survey (GSS), respondents in the labor force were asked, “If you were to get enough money to live as comfortably as you would like for the rest of your life, would you continue to work or would you stop working?” More than two-thirds (68.7 percent) of these respondents replied that they would indeed continue working.

Conflict theory’s views of work and the economy largely derive from the writings of Karl Marx and Friedrich Engels during the nineteenth century. As Chapter 1 “Understanding Social Problems” discussed, Marx and Engels sharply criticized capitalism as an economic system that inherently oppresses workers. In their view, the bourgeoisie, or ruling class, owns the means of production, while the proletariat, or working class, does not own the means of production. The bourgeoisie uses its wealth, power, and influence to oppress and exploit the proletariat.

Although today’s conflict theorists are not necessarily Marxists, they nonetheless criticize many aspects of capitalism, and the earlier discussion of the disadvantages of capitalism reflects their views. They also criticize how large companies treat their workers. As just one example, they call attention to the fact that many companies maintain dangerous workplaces that result in injury, illness, and/or death for tens of thousands of workers annually. We return to this particular problem later in this chapter.

Conflict theorists also point out that the workplace is a setting for sexual harassment, which was discussed in Chapter 4 “Gender Inequality”. Although work can and does bring the many benefits assumed by functionalist theory, work can also be a source of great distress for the hundreds of thousands of women and men who are sexually harassed every year.

Marx also wrote that work in a capitalist society is inherently alienating. This is so, he said, because workers do not design the products they build, because factory work (which was the dominant mode of production in Marx’s time) involves boring and repetitive tasks, and because workers are treated by their employers as mere commodities to be hired and fired at will. Reflecting Marx’s views, conflict theory today also points to the alienating nature of work.

Following up on this concern, social scientists have tried to determine the extent of worker alienation and job satisfaction, as well as the correlates of these two attitudes (Mauno, Kinnunen, & Feldt, 2012). They generally find that American workers like their jobs much more than Marx anticipated but also that the extent to which they like their jobs depends on the income their jobs bring, the degree of autonomy they enjoy in their jobs, and other factors. In the 2010 GSS, 88 percent of respondents said they are “very” or “somewhat” satisfied with the work they do, and only 12 percent said they were dissatisfied. This latter figure is probably much lower than Marx would have predicted for a capitalist society like the United States. One possible reason for this low amount of job dissatisfaction, and one that Marx did not foresee, is the number of workplace friendships as described earlier. Such friendships can lead workers to like their jobs more than they otherwise would and help overcome the alienation they might feel without the friendships.

Recall that symbolic interactionism focuses on the interaction of individuals and on how they interpret their interaction. In line with this “micro” focus, many scholars have generated rich descriptions of how certain workplaces’ behaviors and understandings are “negotiated” and of how certain kinds of workers view aspects of their work and interpret the meaning of their work. Numerous studies of this type exist of police officers, prostitutes, attorneys, nurses and physicians, teachers, and a variety of other occupations. Most of these studies are based on intensive interviews of people in these occupations. Taken together, they provide a sensitive portrait of why people enter these various jobs and careers, what they like and dislike about their jobs, how they interact with other people in their workplaces, and a host of other issues. 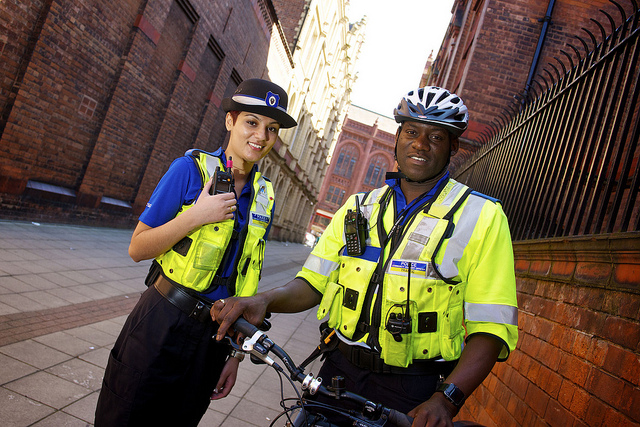 Studies of police officers’ behavior and perceptions provide an excellent example of the symbolic interactionist understanding of work. According to Jonathan Rubinstein, an important goal of officers is to maintain the respect of other officers.

A classic study of the workplace grounded in the symbolic interactionist tradition was sociologist Joan Emerson’s (1970) study of gynecological exams. At the time Emerson wrote her study, most gynecologists were men. Because they are necessarily viewing and touching their women patients’ genitals, they have to ensure their patients do not think their doctor is behaving in a sexual manner. For this to happen, Emerson wrote, (male) gynecologists take pains to appear as medical professionals rather than as men interested in having sex or aroused by what they were seeing and feeling. In this way, they “define the situation” as a professional encounter rather than as a sexual encounter.

Male gynecologists use several strategies to appear as professionals, according to Emerson. For example, they have a (female) nurse present during the exam to help the patient feel comfortable. They also certainly avoid saying anything that might suggest they are sexually aroused. More generally, gynecologists and nurses always act in a nonchalant, matter-of-fact manner, which sends the patient an implicit message: “In the medical world the pelvic area is like any other part of the body; its private and sexual connotations are left behind when you enter the hospital” (Emerson, 1970, p. 78). In all these ways, gynecological exams are defined only as medical encounters, and patients are helped to feel as comfortable as possible under rather uncomfortable circumstances.

In another classic study grounded in the symbolic interactionist tradition, Jonathan Rubinstein (1993) spent a year riding around and otherwise interacting with police officers in Philadelphia. He later wrote compellingly about police officers’ constant fear for their safety, about how they try to control suspects and other threatening people without drawing their guns, about how they interact with each other and with their superiors, and many other matters. In one passage, he wrote about how officers (he interviewed policemen) try to win and keep the respect of other officers: “A patrolman must learn to avoid any appearance or incompetency if he hopes to maintain the respect of his colleagues. Every man must go to considerable lengths to cover up any weakness or error that might reflect poorly on his competence” (Rubinstein, 1993, p. 105). Thus officers learn to record dispatchers’ information promptly and accurately, and they avoid remarks that question the competence of other officers.