Before discussing these perspectives, we must first define three key concepts—health, medicine, and health care—that lie at the heart of their explanations and of this chapter’s discussion. Health refers to the extent of a person’s physical, mental, and social well-being. As this definition suggests, health is a multidimensional concept. Although the three dimensions of health just listed often affect each other, it is possible for someone to be in good physical health and poor mental health, or vice versa. Medicine refers to the social institution that seeks to prevent, diagnose, and treat illness and to promote health in its various dimensions. This social institution in the United States is vast, to put it mildly, and involves more than 11 million people (physicians, nurses, dentists, therapists, medical records technicians, and many other occupations). Finally, health care refers to the provision of medical services to prevent, diagnose, and treat health problems.

With these definitions in mind, we now turn to sociological explanations of health and health care. As usual, the major sociological perspectives that we have discussed throughout this book offer different types of explanations, but together they provide us with a more comprehensive understanding than any one approach can do by itself. Table 13.1 “Theory Snapshot” summarizes what they say.

As conceived by Talcott Parsons (1951), the functionalist perspective emphasizes that good health and effective medical care are essential for a society’s ability to function. Ill health impairs our ability to perform our roles in society, and if too many people are unhealthy, society’s functioning and stability suffer. This was especially true for premature death, said Parsons, because it prevents individuals from fully carrying out all their social roles and thus represents a “poor return” to society for the various costs of pregnancy, birth, child care, and socialization of the individual who ends up dying early. Poor medical care is likewise dysfunctional for society, as people who are ill face greater difficulty in becoming healthy and people who are healthy are more likely to become ill.

For a person to be considered legitimately sick, said Parsons, several expectations must be met. He referred to these expectations as the sick role. First, sick people should not be perceived as having caused their own health problem. If we eat high-fat food, become obese, and have a heart attack, we evoke less sympathy than if we had practiced good nutrition and maintained a proper weight. If someone is driving drunk and smashes into a tree, there is much less sympathy than if the driver had been sober and skidded off the road in icy weather.

Second, sick people must want to get well. If they do not want to get well or, worse yet, are perceived as faking their illness or malingering after becoming healthier, they are no longer considered legitimately ill by the people who know them or, more generally, by society itself.

Third, sick people are expected to have their illness confirmed by a physician or other health-care professional and to follow the professional’s instructions in order to become well. If a sick person fails to do so, she or he again loses the right to perform the sick role. 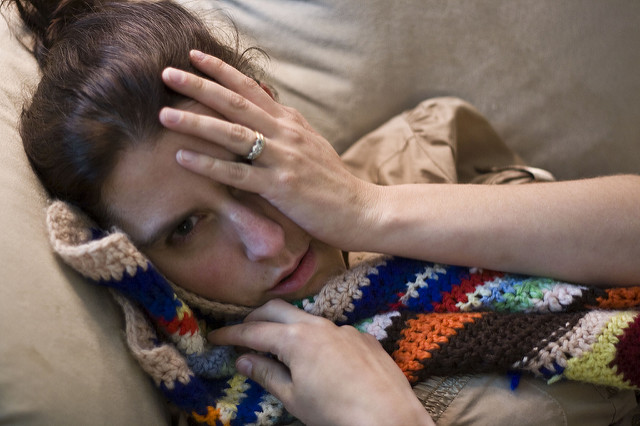 Talcott Parsons wrote that for a person to be perceived as legitimately ill, several expectations, called the sick role, must be met. These expectations include the perception that the person did not cause her or his own health problem.

If all these expectations are met, said Parsons, sick people are treated as sick by their family, their friends, and other people they know, and they become exempt from their normal obligations to all these people. Sometimes they are even told to stay in bed when they want to remain active.

Physicians also have a role to perform, said Parsons. First and foremost, they have to diagnose the person’s illness, decide how to treat it, and help the person become well. To do so, they need the cooperation of the patient, who must answer the physician’s questions accurately and follow the physician’s instructions. Parsons thus viewed the physician-patient relationship as hierarchical: the physician gives the orders (or, more accurately, provides advice and instructions), and the patient follows them.

Parsons was certainly right in emphasizing the importance of individuals’ good health for society’s health, but his perspective has been criticized for several reasons. First, his idea of the sick role applies more to acute (short-term) illness than to chronic (long-term) illness. Although much of his discussion implies a person temporarily enters a sick role and leaves it soon after following adequate medical care, people with chronic illnesses can be locked into a sick role for a very long time or even permanently. Second, Parsons’s discussion ignores the fact, mentioned earlier, that our social backgrounds affect the likelihood of becoming ill and the quality of medical care we receive. Third, Parsons wrote approvingly of the hierarchy implicit in the physician-patient relationship. Many experts say today that patients need to reduce this hierarchy by asking more questions of their physicians and by taking a more active role in maintaining their health. To the extent that physicians do not always provide the best medical care, the hierarchy that Parsons favored is at least partly to blame.

The conflict approach also critiques efforts by physicians over the decades to control the practice of medicine and to define various social problems as medical ones. Physicians’ motivation for doing so has been both good and bad. On the good side, they have believed they are the most qualified professionals to diagnose problems and to treat people who have these problems. On the negative side, they have also recognized that their financial status will improve if they succeed in characterizing social problems as medical problems and in monopolizing the treatment of these problems. Once these problems become “medicalized,” their possible social roots and thus potential solutions are neglected.

Several examples illustrate conflict theory’s criticism. Alternative medicine is becoming increasingly popular, but so has criticism of it by the medical establishment. Physicians may honestly feel that medical alternatives are inadequate, ineffective, or even dangerous, but they also recognize that the use of these alternatives is financially harmful to their own practices. Eating disorders also illustrate conflict theory’s criticism. Many of the women and girls who have eating disorders receive help from a physician, a psychiatrist, a psychologist, or another health-care professional. Although this care is often very helpful, the definition of eating disorders as a medical problem nonetheless provides a good source of income for the professionals who treat it and obscures its cultural roots in society’s standard of beauty for women (Whitehead & Kurz, 2008).

Obstetrical care provides another example. In most of human history, midwives or their equivalent were the people who helped pregnant women deliver their babies. In the nineteenth century, physicians claimed they were better trained than midwives and won legislation giving them authority to deliver babies. They may have honestly felt that midwives were inadequately trained, but they also fully recognized that obstetrical care would be quite lucrative (Ehrenreich & English, 2005). 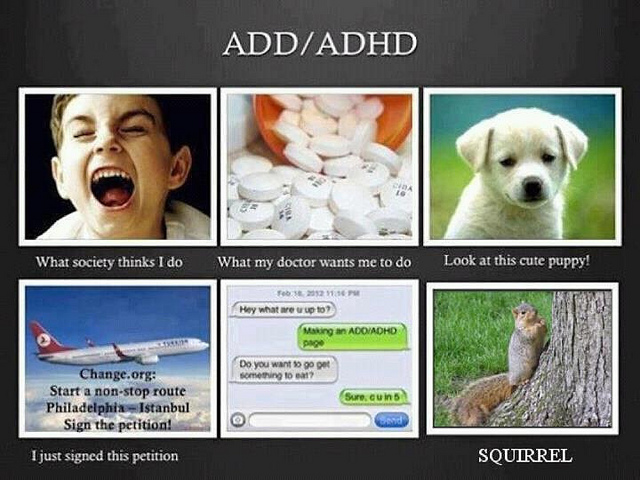 According to conflict theory, physicians have often sought to define various social problems as medical problems. An example is the development of the diagnosis of ADHD, or attention deficit/hyperactivity disorder.

In a final example, many hyperactive children are now diagnosed with ADHD, or attention deficit/hyperactivity disorder. A generation or more ago, they would have been considered merely as overly active. After Ritalin, a drug that reduces hyperactivity, was developed, their behavior came to be considered a medical problem and the ADHD diagnosis was increasingly applied, and tens of thousands of children went to physicians’ offices and were given Ritalin or similar drugs. The definition of their behavior as a medical problem was very lucrative for physicians and for the company that developed Ritalin, and it also obscured the possible roots of their behavior in inadequate parenting, stultifying schools, or even gender socialization, as most hyperactive kids are boys (Conrad, 2008; Rao & Seaton, 2010).

Critics say the conflict approach’s assessment of health and medicine is overly harsh and its criticism of physicians’ motivation far too cynical. Scientific medicine has greatly improved the health of people around the world. Although physicians are certainly motivated, as many people are, by economic considerations, their efforts to extend their scope into previously nonmedical areas also stem from honest beliefs that people’s health and lives will improve if these efforts succeed. Certainly there is some truth in this criticism of the conflict approach, but the evidence of inequality in health and medicine and of the negative aspects of the medical establishment’s motivation for extending its reach remains compelling.

The symbolic interactionist approach emphasizes that health and illness are social constructions. This means that various physical and mental conditions have little or no objective reality but instead are considered healthy or ill conditions only if they are defined as such by a society and its members (Buckser, 2009; Lorber & Moore, 2002). The ADHD example just discussed also illustrates symbolic interactionist theory’s concerns, as a behavior that was not previously considered an illness came to be defined as one after the development of Ritalin. In another example first discussed in Chapter 7 “Alcohol and Other Drugs”, in the late 1800s opium use was quite common in the United States, as opium derivatives were included in all sorts of over-the-counter products. Opium use was considered neither a major health nor legal problem. That changed by the end of the century, as prejudice against Chinese Americans led to the banning of the opium dens (similar to today’s bars) they frequented, and calls for the banning of opium led to federal legislation early in the twentieth century that banned most opium products except by prescription (Musto, 2002).

In a more current example, an attempt to redefine obesity is now under way in the United States. Obesity is a known health risk, but a “fat pride” or “fat acceptance” movement composed mainly of heavy individuals is arguing that obesity’s health risks are exaggerated and calling attention to society’s discrimination against overweight people. Although such discrimination is certainly unfortunate, critics say the movement is going too far in trying to minimize obesity’s risks (Diamond, 2011).

The symbolic interactionist approach has also provided important studies of the interaction between patients and health-care professionals. Consciously or not, physicians “manage the situation” to display their authority and medical knowledge. Patients usually have to wait a long time for the physician to show up, and the physician is often in a white lab coat; the physician is also often addressed as “Doctor,” while patients are often called by their first name. Physicians typically use complex medical terms to describe a patient’s illness instead of the more simple terms used by laypeople and the patients themselves.

Management of the situation is perhaps especially important during a gynecological exam, as first discussed in Chapter 12 “Work and the Economy”. When the physician is a man, this situation is fraught with potential embarrassment and uneasiness because a man is examining and touching a woman’s genital area. Under these circumstances, the physician must act in a purely professional manner. He must indicate no personal interest in the woman’s body and must instead treat the exam no differently from any other type of exam. To further “desex” the situation and reduce any potential uneasiness, a female nurse is often present during the exam.

Critics fault the symbolic interactionist approach for implying that no illnesses have objective reality. Many serious health conditions do exist and put people at risk for their health regardless of what they or their society thinks. Critics also say the approach neglects the effects of social inequality for health and illness. Despite these possible faults, the symbolic interactionist approach reminds us that health and illness do have a subjective as well as an objective reality.