The US health-care system, despite the recent health-care reform legislation and medical advances that used to be only a dream, still has a long way to go before affordable and high-quality health care is available to all. With the health of so many people at stake, the United States needs to make every effort to achieve this essential goal. How might we achieve this goal?

We have seen throughout this chapter that social class, race and ethnicity, and gender all play a profound role in the quality of health and health care. People from low-income backgrounds have higher rates of physical and mental illness because of the stress and other factors associated with living with little money and also because of their lack of access to adequate health care. Partly because they tend to be poorer and partly because of the discrimination they experience in their daily lives and in the health-care system, people of color also have higher rates of physical and mental illness. Findings on gender are more complex, but women have higher rates than men of nonfatal physical illness and of depression and other mental illness, and they experience lower quality of health care for certain conditions.

To improve health and health care in the United States, then, the importance of social class, race and ethnicity, and gender must be addressed. Efforts, as outlined in earlier chapters, that reduce poverty and racial/ethnic and gender inequality should also improve the physical and mental health of those currently at risk because of their low incomes, race or ethnicity, and/or gender, as public health experts recognize (Bradley & Taylor, 2011). At the same time, special efforts must be made to ensure that these millions of individuals receive the best health care possible within the existing system of social inequality. 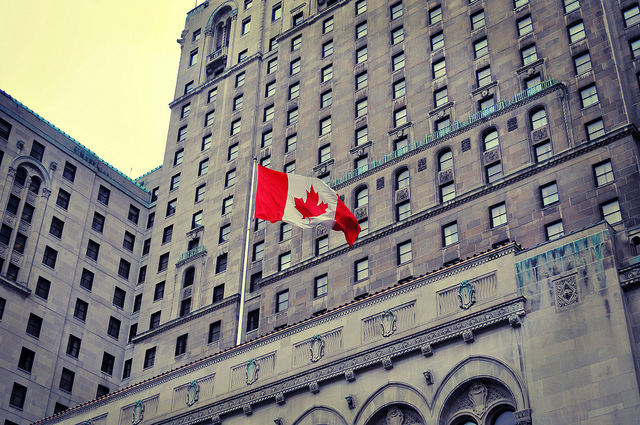 Canada and other wealthy nations have national health-care systems that provide models for the United States to follow.

In this regard, the national health-care and health insurance systems of Canada, the United Kingdom, and many other Western nations provide models for the United States. As discussed in this chapter, these nations provide better health care to their citizens in many ways and at a lower cost than that incurred under the US model of private insurance. Their models are not perfect, but a government-funded and government-run single-payer system—or “Medicare for all,” as it has been called—shows great promise for improving the health and health care of all Americans. We in effect have single-payer—that is, government-funded—systems for police, firefighters, education, public libraries, and even the postal service, proponents of national health insurance say, and they add that Medicare, a government-funded program, is largely successful (Kristof, 2009). The US government also runs a preventive care and hospital system for military veterans through the Department of Veterans Affairs (VA); this system has been called “one of the best-performing and most cost-effective elements in the American medical establishment” (Kristof, 2009, p. A31). According to a study by the Rand Corporation, “If other health care providers followed the V.A.’s lead, it would be a major step toward improving the quality of care across the U.S. health care system” (Kristof, 2009, p. A31).

These models all indicate that national health insurance and the single-payer system for health care found in many other democracies could also succeed in the United States. As one single-payer proponent observed, “A public role in health care shouldn’t be any scarier or more repugnant than a public fire department” (Kristof, 2009, p. A31). (The Note 13.28 “People Making a Difference” box highlights a national physicians group that advocates for a single-payer system.)

Physicians for a National Health Program (PNHP) is a national organization of some 18,000 physicians who support a single-payer system of national health insurance in the United States. They advocate for this goal through the PNHP’s website and through a variety of advocacy efforts. These efforts include writing articles for medical and public health journal; writing op-ed columns for newspapers; and making educational materials available to members of the public who wish to contact their members of Congress. PNHP members also appear on local and national television news shows and coordinate and speak at public health forums. PNHP has local chapters and allied groups in more than forty states and the District of Columbia.

According to PNHP, a single-payer system would greatly reduce the billing, paperwork, and other administrative costs of the private insurance model that now dominates the US health care system. These costs, PNHP says, account for one-third of US health expenditures; if the United States were to adopt a national single-payer system, administrative costs would be reduced by $400 billion. PNHP also emphasizes that more than 50 million Americans are now uninsured and many others are underinsured. A national single-payer system would cover virtually the entire population.

An important reason for the high administrative costs of US health care, PNHP explains, is the fact that private insurance companies are for-profit companies. Because their goal is to make a profit, they advertise and engage in various marketing activities, and their CEOs and other executives receive extremely high salaries and other compensation. A single-payer system would eliminate all these problems.

By calling attention to the many problems in the current US health model and by advocating for a national single-payer system, Physicians for a National Health Program is helping to make a difference. For more information, visit http://www.pnhp.org.

Short of adopting national health insurance, other efforts to improve health and health care are certainly essential. One such effort would include an expansion of measures that fall broadly into what the field of public health calls preventive care. This approach recognizes that the best approach to health and health care is to prevent illness and disease before they begin. One facet of this approach focuses on the unhealthy behaviors and lifestyles, including lack of exercise, obesity, and smoking, characteristic of millions of Americans. Although the United States has public education campaigns and other initiatives on these risk factors, more could still be done. Another facet of this approach focuses on early childhood in general but especially on early childhood among low-income families. As this chapter has emphasized beginning with the Note 13.1 “Social Problems in the News” story, many health problems begin very early in childhood and even in the womb. Home visitation and nutrition assistance programs must be expanded across the country to address these problems.

Another effort must focus on the high cost of health care. We saw earlier that the US fee-for-service model, in which hospitals and physicians largely set the prices for their services, contributes greatly to the high cost of health care in the United States. Related to this model, physicians are paid for each patient they see, rather than receiving a set salary, as teachers, firefighters, police officers, and most other occupations that service large numbers of people receive. Yet there are some outstanding hospitals, such as the Mayo Clinic in Minnesota and the Cleveland Clinic in Ohio, where physicians do work on salary rather than charging for each patient or for each surgery; costs per patient at these hospitals tend to be lower (Gawande, Berwick, Fisher, & McClellan, 2009). Moving toward this model would help lower health-care costs. The greater use of electronic systems for patient records and billing and for communication among physicians would also reduce costs. So would the elimination of many diagnostic tests and medical procedures and surgeries that research has shown to be unnecessary and that may cost at least $200 billion annually (Weinberger, 2011).

Another strategy that would reduce health care costs would be the adoption of “integrated care,” also called “high touch medicine” (Emanuel, 2011). In this model, teams of health care professionals (nurses, pharmacists, physicians) coordinate care for the chronically ill patients (10 percent of the population) who account for two-thirds of all health care costs. This integrated care involves extensive communication among the members of a patient’s team with the patient and any caregivers, home visits by nurses to check on the patient, and other components. The goal is to help the patients take better care of themselves so that they do not become sicker and need (additional) hospital or emergency room care. Because hospital and emergency room care is so expensive, the prevention of hospital and emergency room visits through integrated care yields a significant savings in health care costs. If integrated care became the norm around the country, it is estimated that its adoption would save more than $80 billion annually.

It is also essential to reduce medical errors in hospitals and to raise the rate of hand washing. Many hospitals have adopted strict protocols, such as frequent washing of hands and the use of checklists before surgeries, to reduce infection and errors, but many hospitals have also failed to adopt these protocols. Their failure to do so is a hidden national scandal that kills thousands of people annually.

What can be done to improve world health? Because the poorest nations have the poorest health, it is essential that the wealthy nations provide them the money, equipment, and other resources they need to improve their health and health care. The residents of these nations also need to be given the resources they need to undertake proper sanitation and other good health practices. In this regard, organizations like the World Health Organization have been instrumental in documenting the dire status of health in the poor nations and in promoting efforts to help them, and groups like Doctors Without Borders have been instrumental in bringing health-care professionals and medical care to poor nations. Ultimately, however, these nations’ poor health is just one of the consequences of the global inequality examined in Chapter 2 “Poverty”. Until these nations’ economic circumstances and high rates of illiteracy improve dramatically, their health status will remain a serious problem.