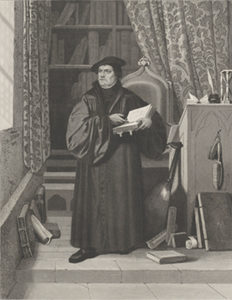 The 1600s and 1700s were a time of profound religious, intellectual, and political turmoil across the globe. In Europe, the Protestant Reformation, which challenged the religious and political power of the Catholic Church, led to the Thirty Years’ War in the early 1600s. The Thirty Years’ War devastated much of Central Europe and led to profound divisions between Catholic and Protestant political states. In Africa and Asia, Islam continued to spread southward and eastward through trade networks, population migrations, and the activities of missionaries.