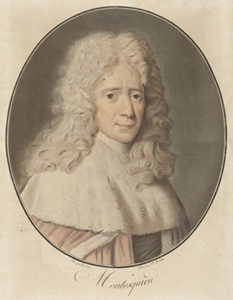 The French Revolution embroiled Europe in nearly two decades of military conflict. At the 1815 Treaty of Vienna, war weary European monarchies resolved to settle their political differences and jointly suppress further outbreaks of revolutionary violence. After 1815, Europe entered an era of relative peace and prosperity that lasted until World War I. Many historians refer to this period of time from the French Revolution to World War I as the “Long 19th Century.”

During the Long 19th Century, England, France, Germany and other European states used their military and industrial strength to seize territories in Africa, Asia, and the Pacific Ocean and subjugate native peoples living in these territories. European leaders viewed overseas colonies as an important signifier of international power and competed with each other to control larger and larger territories across the globe. Colonies also provided natural resources for, and consumed manufactured goods produced by, imperial nations and served as locations for investment by powerful industrialists in each country. Imperialists viewed native people in Africa, Asia, and the Pacific as primitive and uncivilized and justified racial and ethnic oppression on the grounds that they were engaged in a “civilizing mission.” These racist attitudes shaped how Europeans dealt with colonial populations throughout the 19th and early 20th centuries.

In this unit, we will examine how European nations staked out claims to colonies throughout the world and imposed new technologies and economic systems on colonial possessions.We will also explore the consequences of colonization for European and colonial populations and evaluate the impact of colonial rebellions and anti-colonial movements during the 19th century.