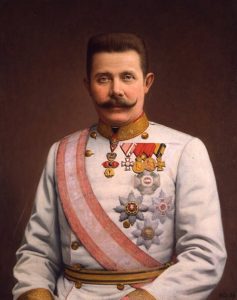 Week 8: Leading up to World War I

By the early 20th century, competition between European states over colonial resources began to affect the cohesion of the international community. A growing arms race between Great Britain and Germany also raised concerns about European stability. In response to these growing tensions, European nations began making secret military alliances for mutual protection in the event of war.

Tensions finally came to a head in the summer of 1914, when Serbian terrorists assassinated Archduke Franz Ferdinand of Austria-Hungary. Germany and Austria-Hungary threatened to invade Serbia, but Russia elected to protect the small state. As a result, these nations declared war on each other and treaty alliances forced France and Great Britain to join the conflict. By its end in November of 1918, World War I had consumed over eight million lives and had become the most deadly and destructive conflict in world history.