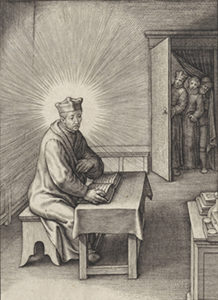 The Protestant Reformation and the Catholic Church’s declining religious and political power led to a period of great intellectual fervor across Europe in the 1600s and 1700s. Known as the Enlightenment, this period witnessed the development of intellectual movements promoting reason, democracy, political freedom, and rational inquiry.Enlightenment thinkers questioned civil authorities and developed new ideas about the relationship between a nation’s governments and its people.These ideas gave rise to a period of political revolutions intended to overthrow monarchical rule and to install democratically elected governments in the late 1700s. The French Revolution in 1789 followed the American Revolution in 1776 and encouraged other revolutions throughout the Americas and parts of Europe.

The Three Most Catholic Nations in Europe at The Time Were:

Important Leaders of The Counter-Reformation Included: