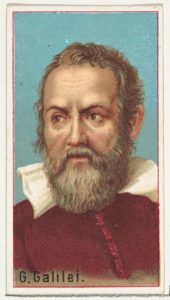 Week 6: Scientific and Industrial Revolutions of the 1600s and 1700s

The Scientific Revolution began in Europe in the 16th century, but had the greatest impact on Europe in the 17th and 18th centuries. Drawing on scientific ideas developed by the ancient Greeks and Romans, as well as Asian and Hindu-Arabic scientific and mathematical discoveries, researchers used the scientific method to develop the modern disciplines of astronomy, physics, biology, and chemistry. Discoveries by scientists challenged traditional beliefs about the nature of matter, the operation of the solar system, and the life processes of living organisms. In England, these new scientific ideas and discoveries contributed to a gradual, but profound, shift away from traditional means of agricultural and craft production to mechanical means for producing and transporting goods.The development of the steam engine in the 1700s, for example, provided an unlimited source of energy to power mechanical devices. Inventors soon developed primitive machines to spin yarn, weave textiles, and perform other basic tasks. While these early machines often produced low-quality manufactured products, they could produce much larger quantities of goods than skilled craftspeople in the same amount of time. Engineers soon developed other applications for steam power such as railroad locomotives and steamships.

Over the course of the 1700s, the Industrial Revolution swept Great Britain, and the nation became a center for the industrial production of iron, textiles, and other manufactured goods.Factory towns expanded rapidly as peasants left farms for manufacturing jobs in the cities.England’s growing industrial might made it the most wealthy and powerful nation on the face of the planet by the early 19th century. In this unit, we will examine the origins of the Scientific Revolution and evaluate its social and political impact on European society. We will also look at the social, political, economic, and technological impact of the Industrial Revolution in England and throughout the world. We will see how England, and later the United States, overtook other nations industrially, economically, and militarily, and we will explore the profound implications of this power shift.